From 2 to 5 June 2019, the 33 Member States of the International Holocaust Remembrance Alliance (IHRA) held their first plenary session under the Luxembourg chairmanship. It took place in Mondorf-les-Bains and was chaired by Ambassador Georges Santer. The Mondorf Plenary was a meeting where IHRA’s expert and political level came together to discuss and move forward with projects relating to Holocaust research, remembrance, and education. The next plenary session is due to be held in Luxembourg City from 2 to 5 December 2019.

“A half truth is worse than a full lie,” said IHRA Honorary Chairman Professor Yehuda Bauer on the dangers of Holocaust distortion in member countries. Safeguarding the record and countering distortion is the IHRA’s priority theme for the next five years, and during the IHRA meetings four experts took part in an open, unscripted discussion moderated by Klaus Mueller (USHMM) to explore the spectrum of distortion from a variety of perspectives. 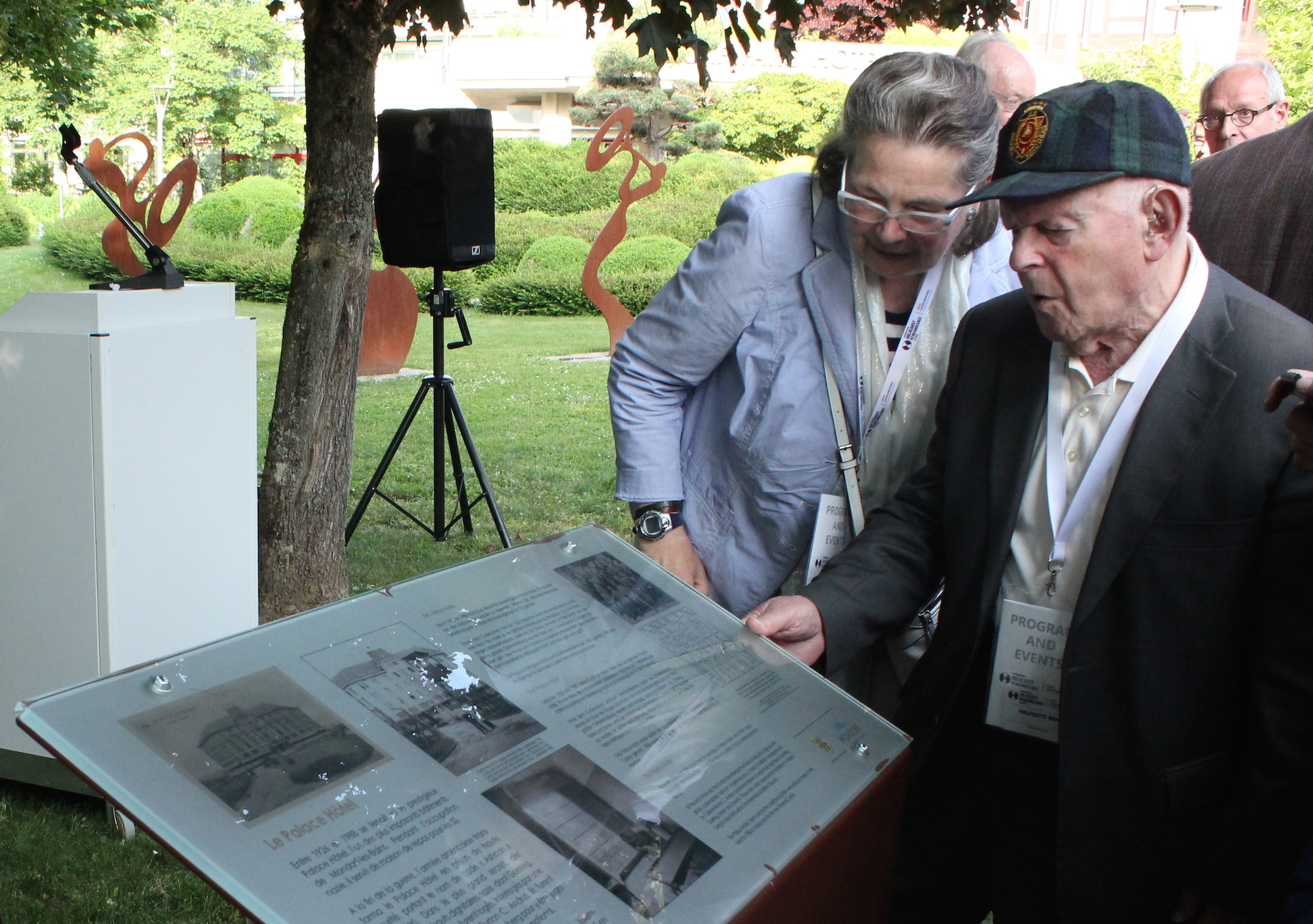 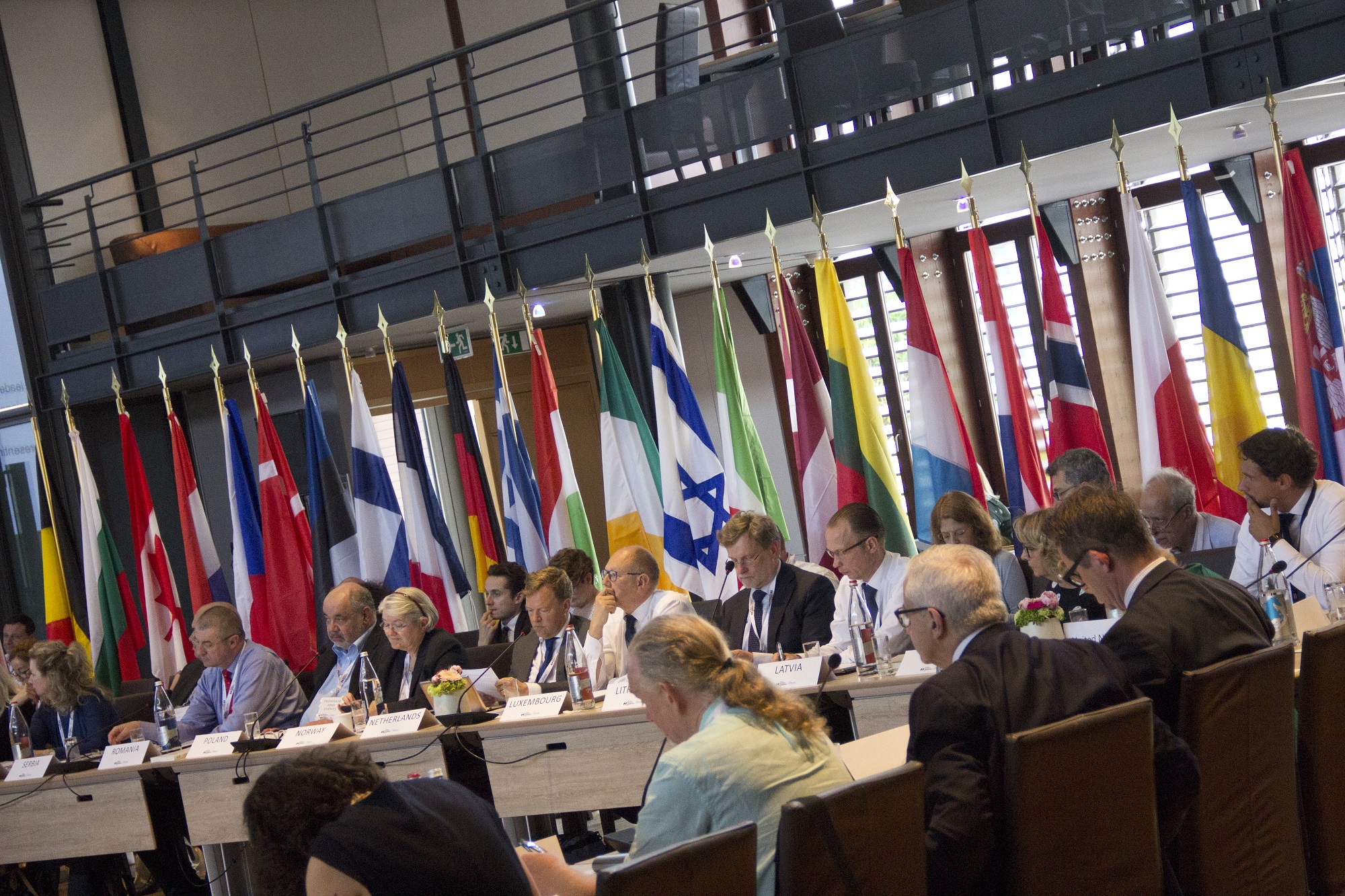 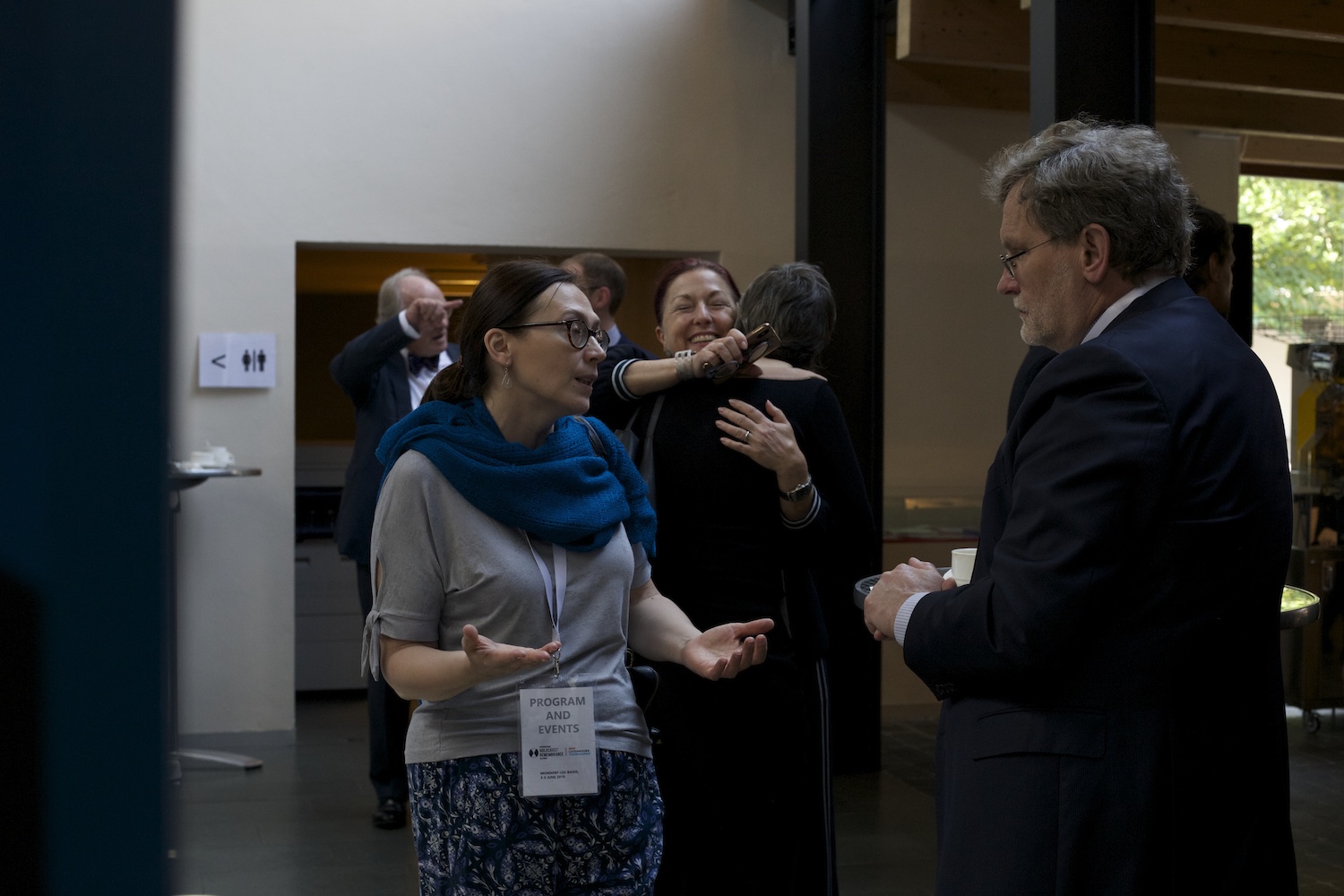 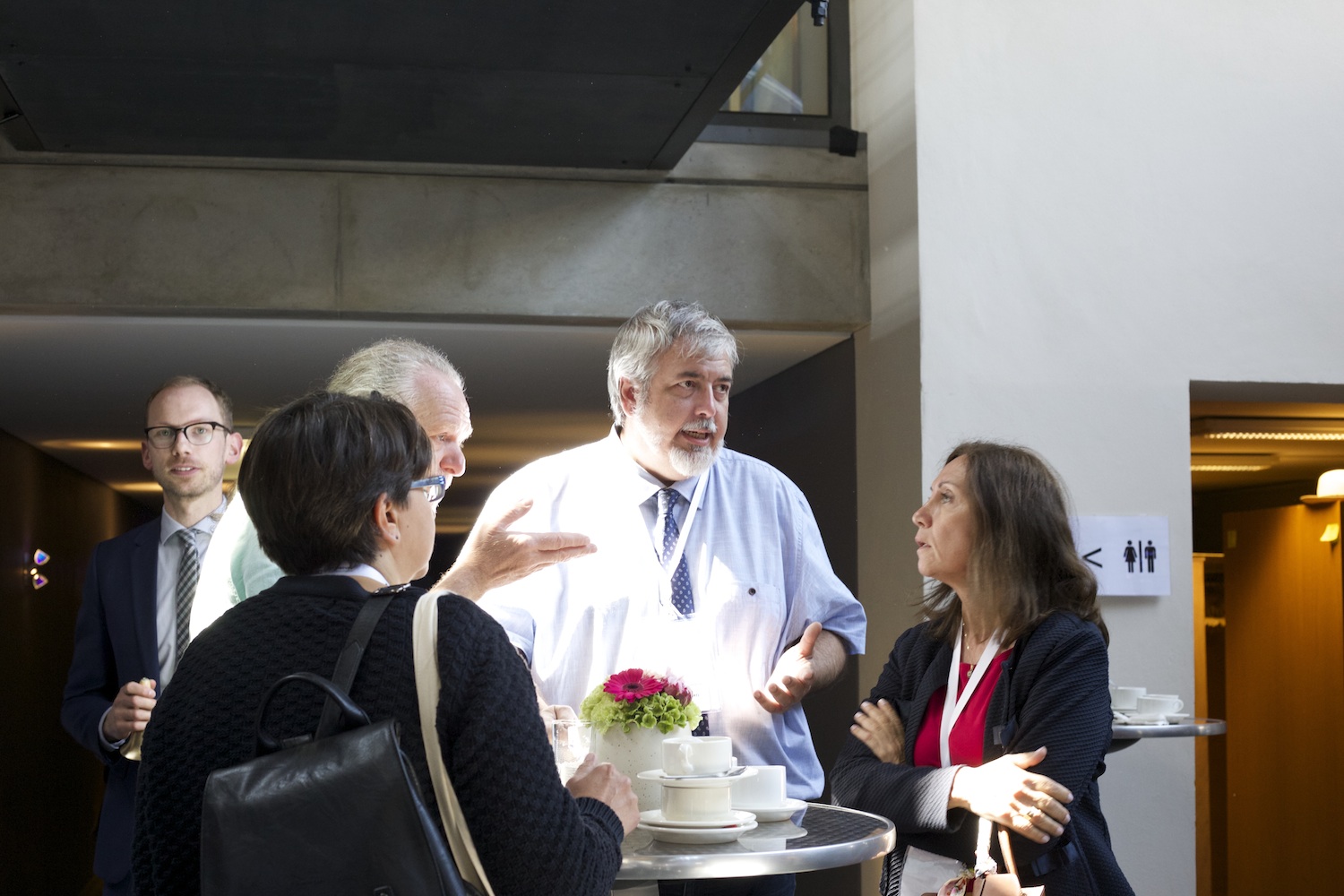 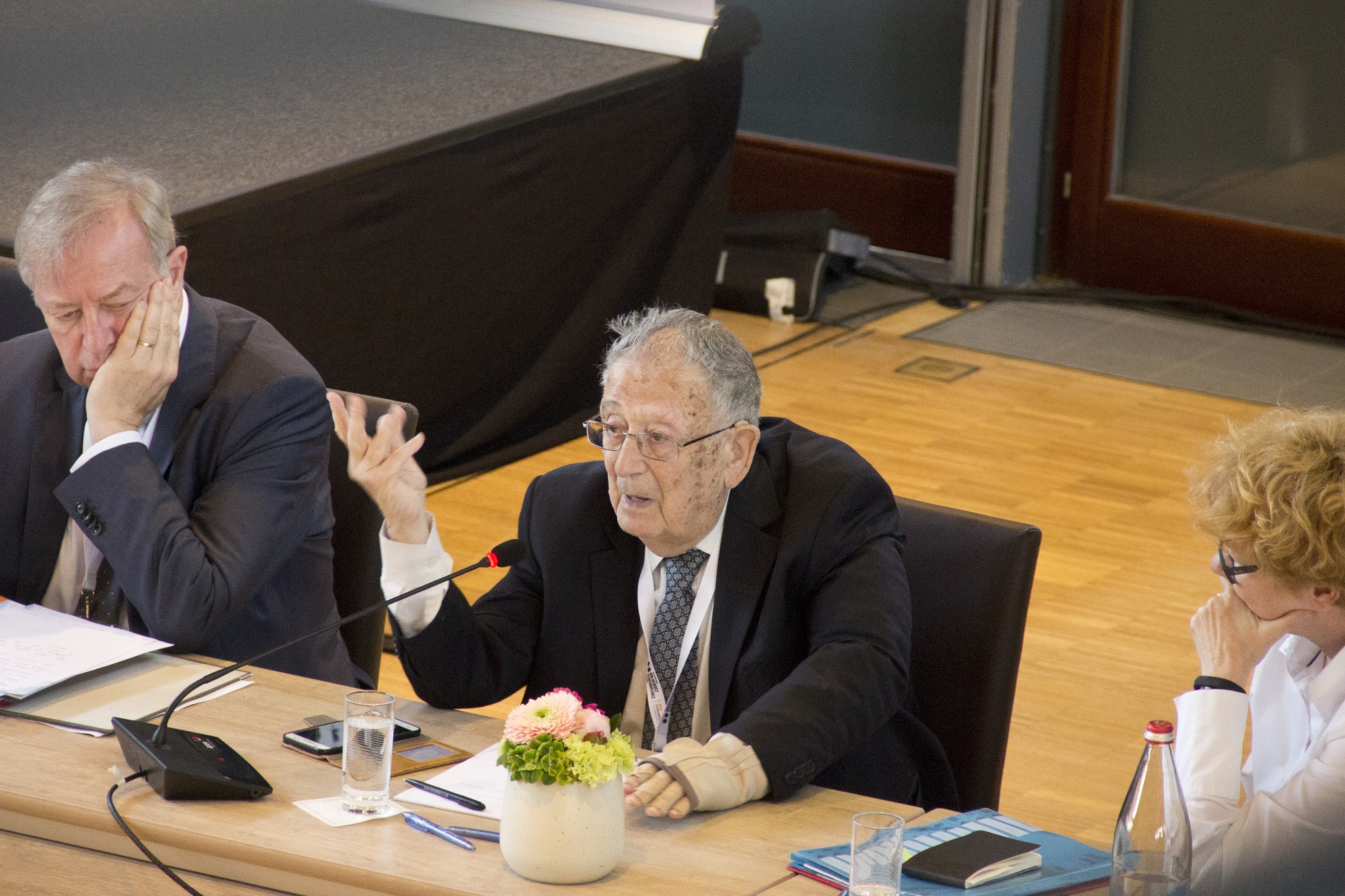 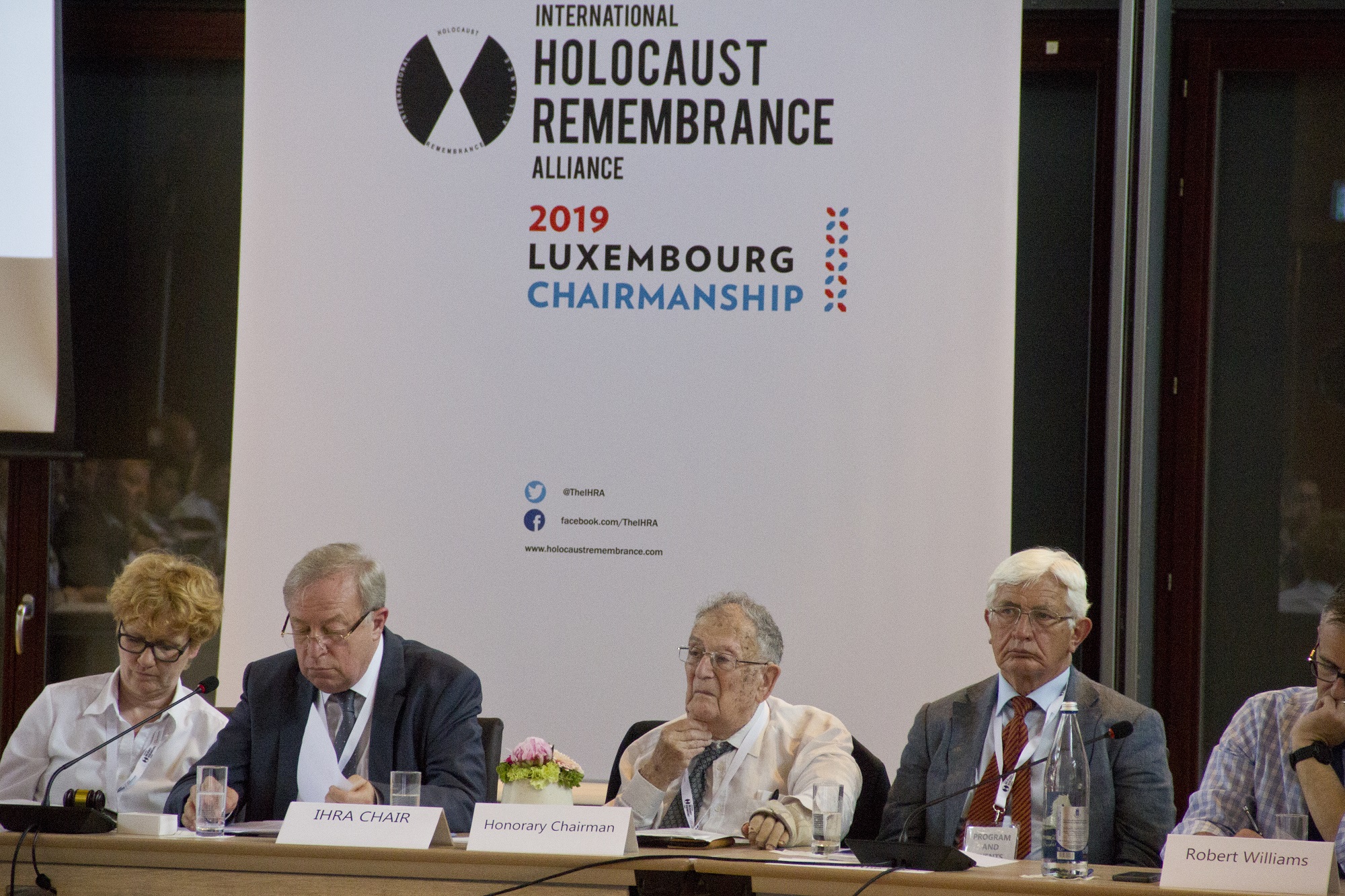 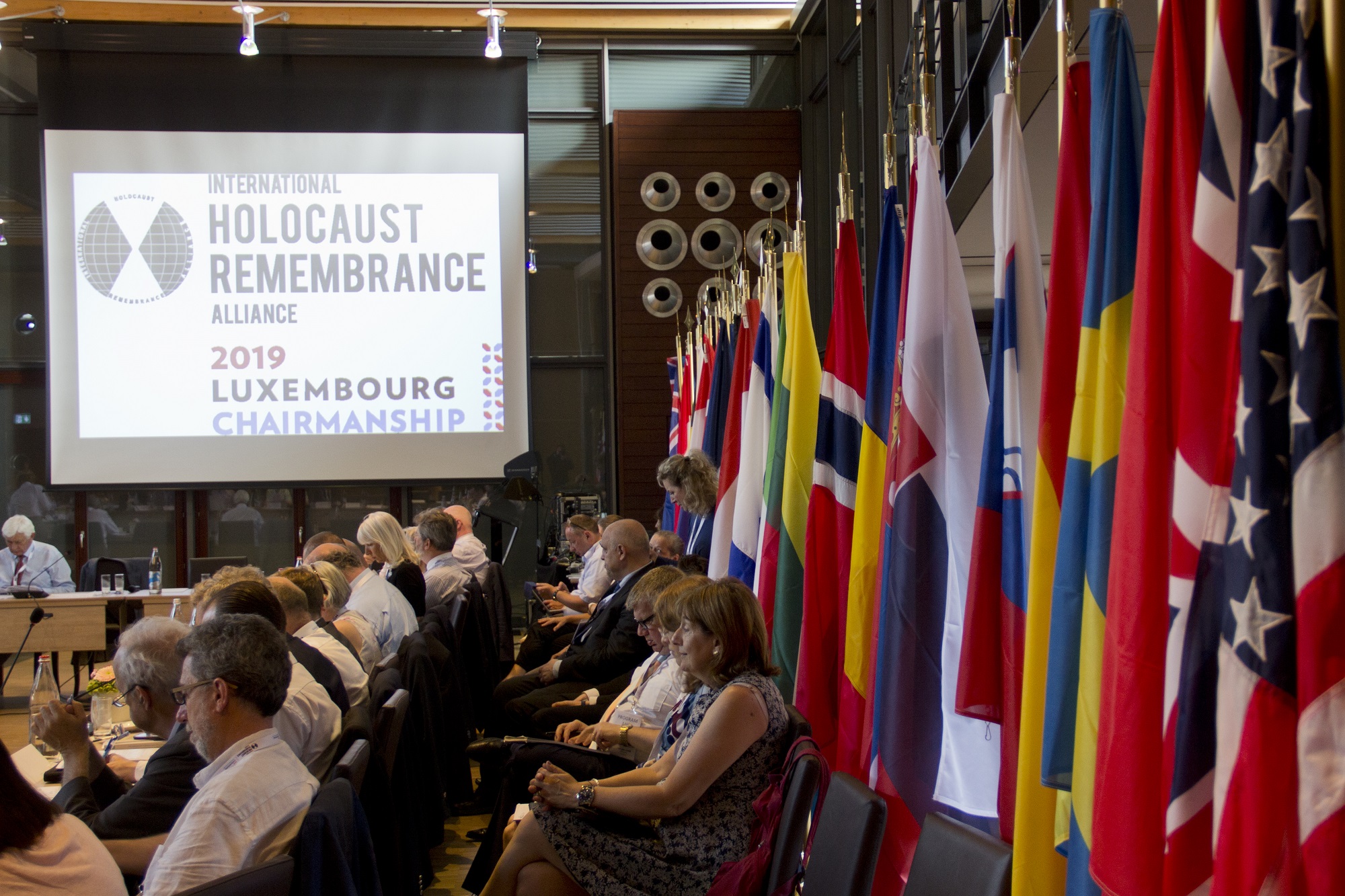 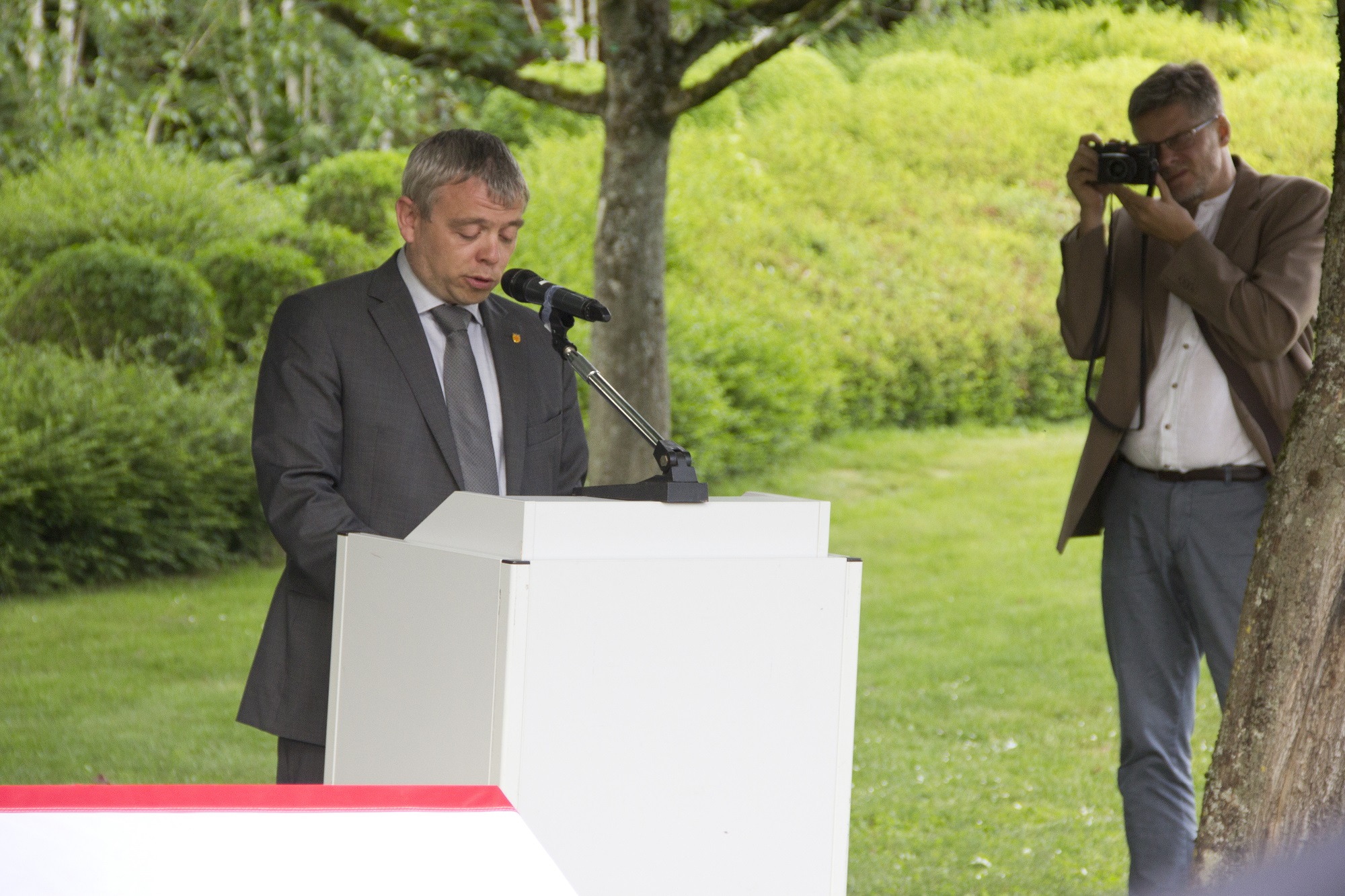 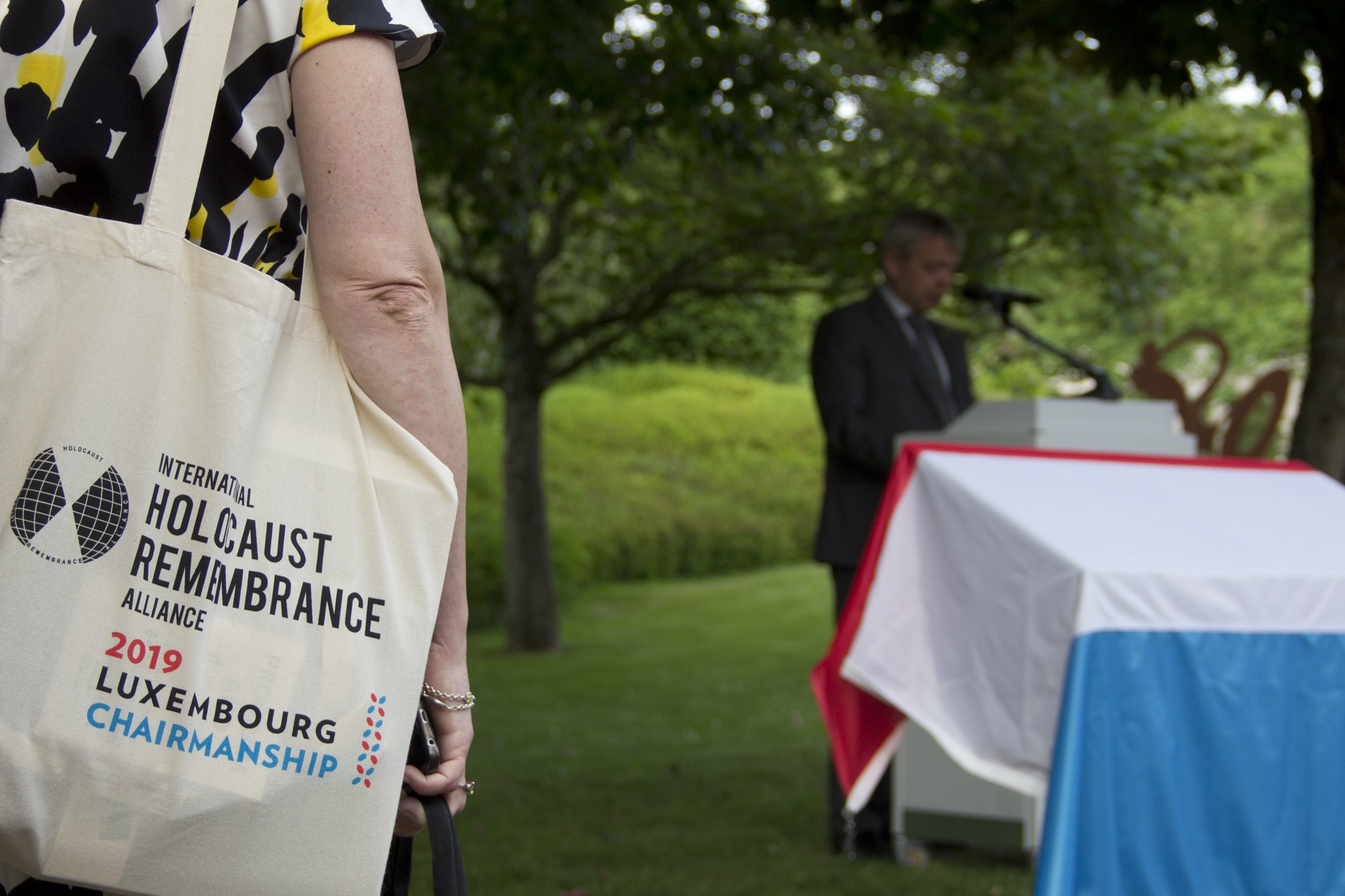 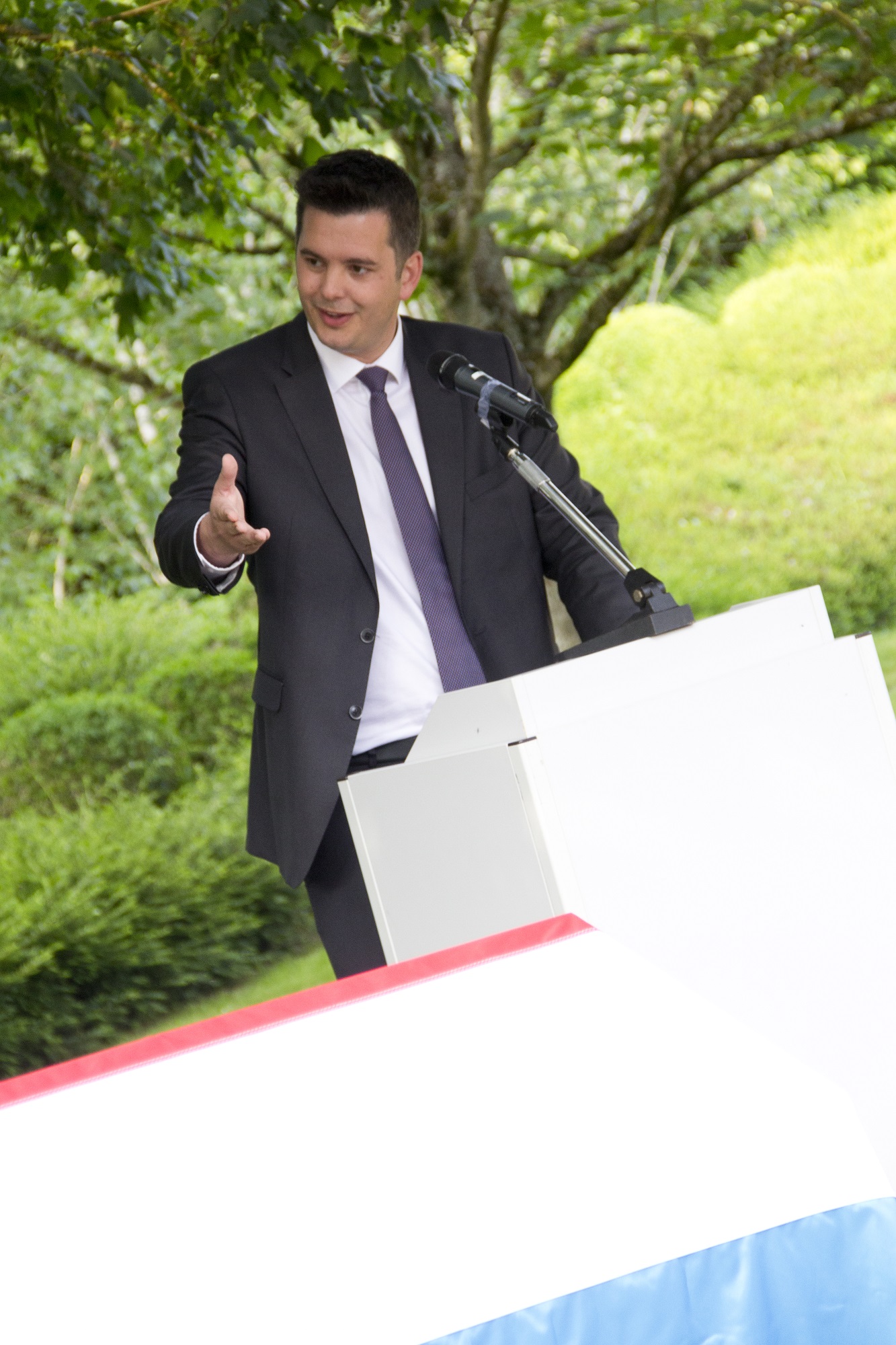 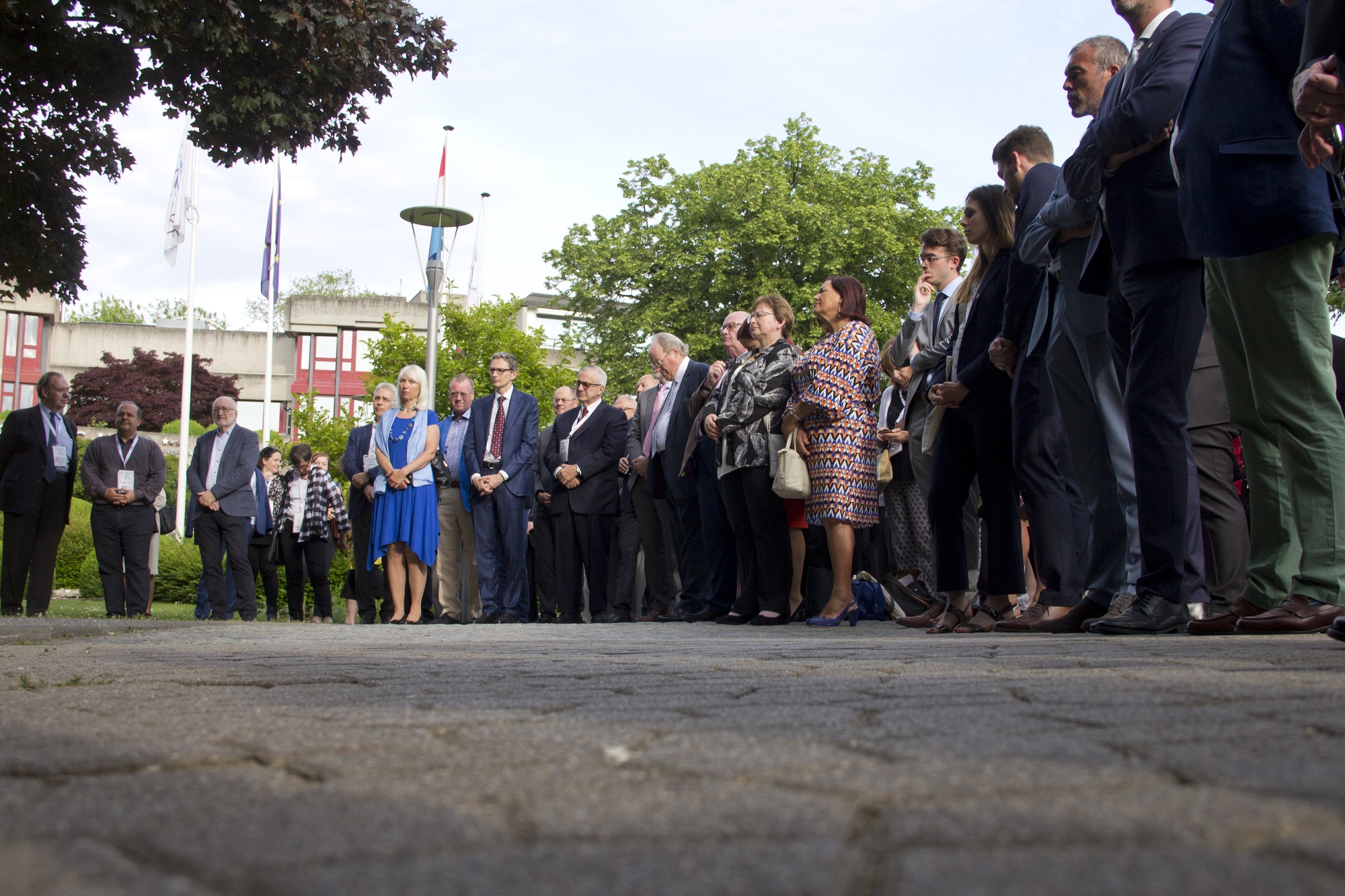 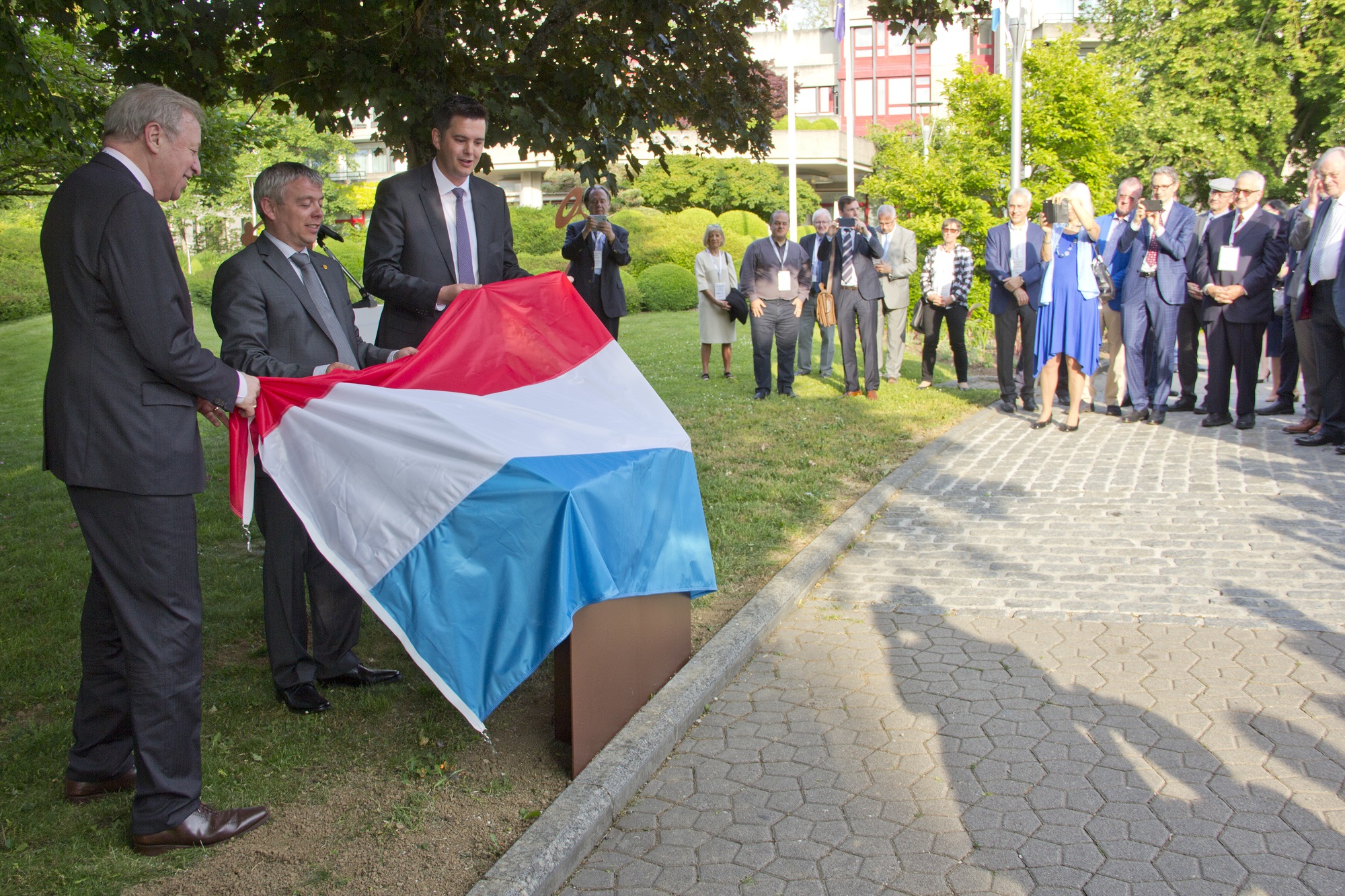 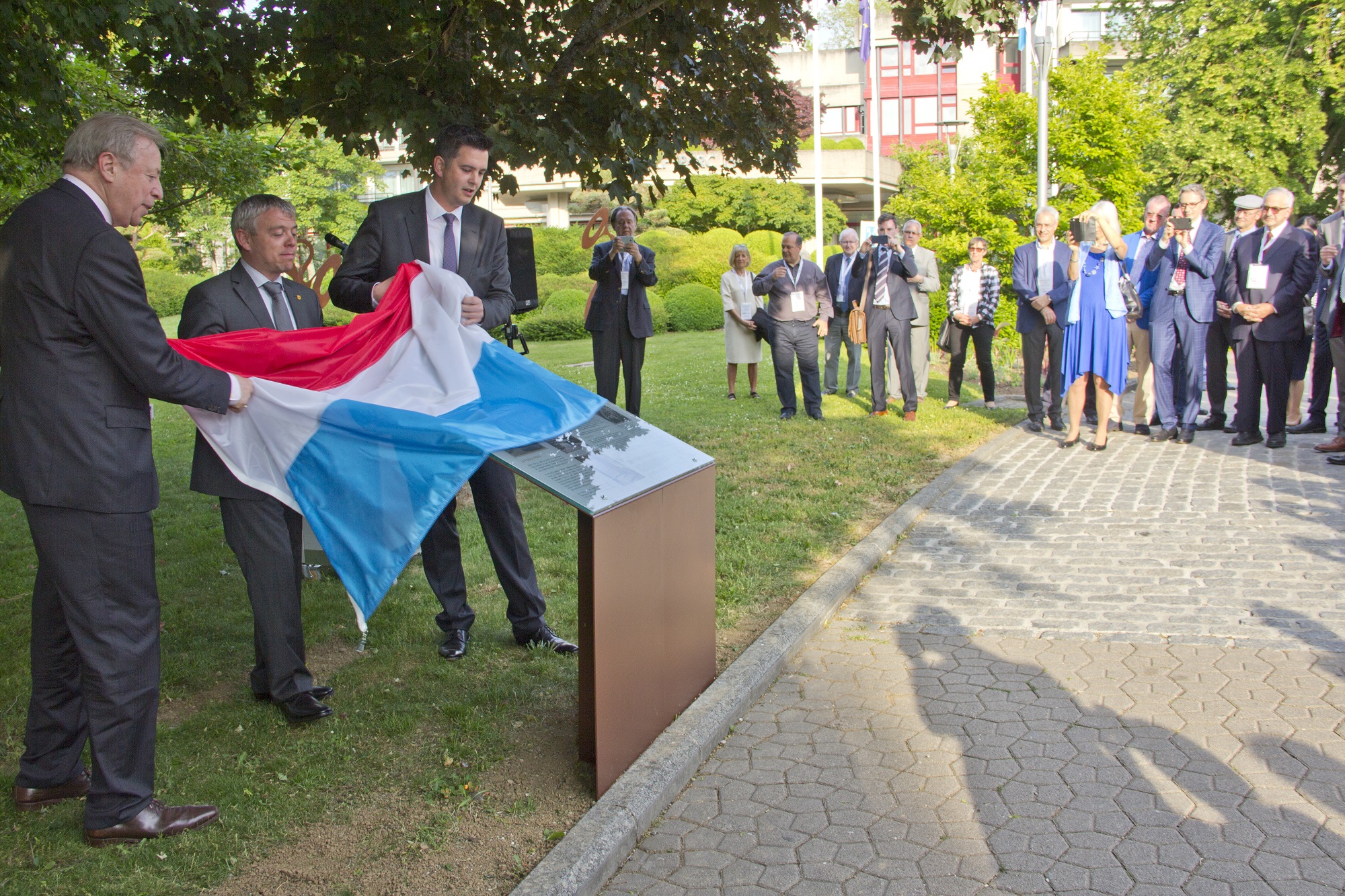 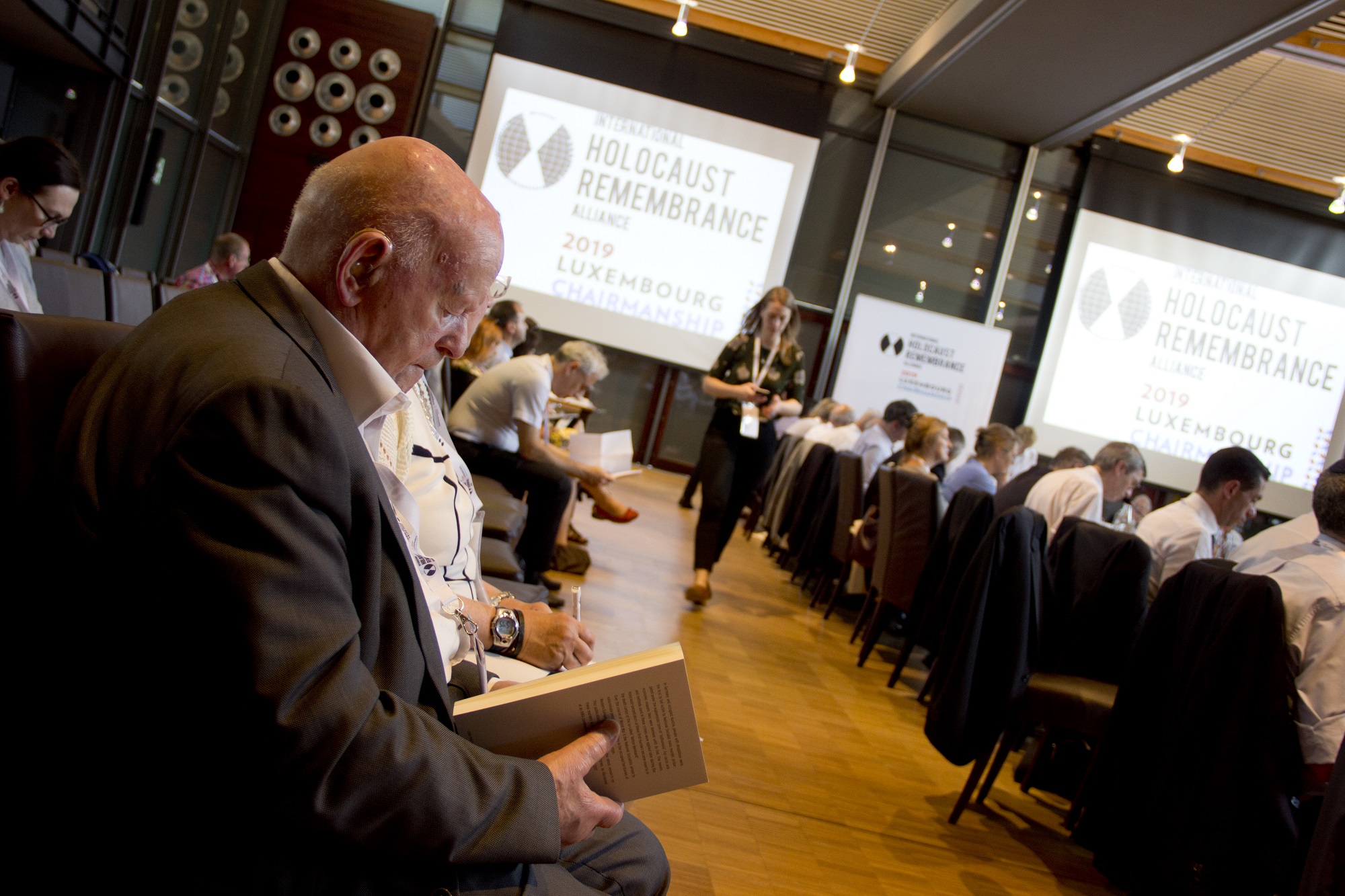 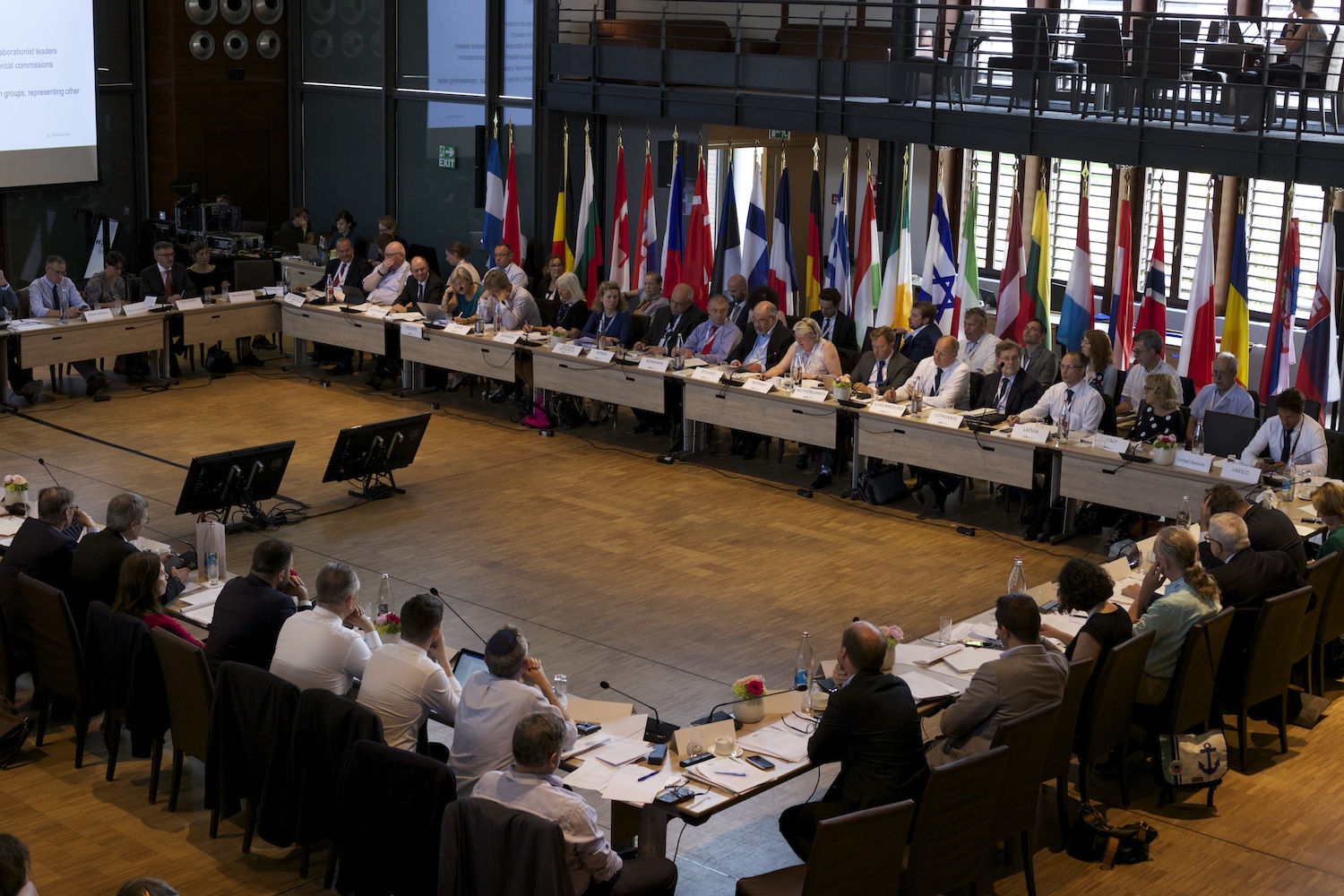 Protecting researchers and academic freedom was a focus for Dominique Trimbur (Fondation pour la mémoire de la Shoah) while Robert Williams (Human Rights First) stressed that "it's important to remember that distortion allows for more violent and more dangerous forms of antisemitism to take place.” Alenka Janko Spreizer (University of Primorska) raised the different challenges regarding distortion of the genocide of the Roma, and the importance of more specific remembrance and research to counter this. Nevena Bajalica (Anne Frank House) raised the importance of not creating a hierarchy of victims when teaching and learning about the Holocaust.

Australia officially became the 33rd member of the IHRA. "We look forward to the enhanced opportunities to learn from IHRA members and to share our unique perspective on Holocaust education, research and remembrance," says Ambassador Lynette Wood. Some 27,000 survivors found a new home in Australia after World War II.

A basic vision for the House of Fates museum in Budapest was presented by Chief Curator Yitzchak Mais, Rabbi Slomo Köves, and the Head of the Hungarian Delegation to the IHRA, Minister of State Szabolcs Takács. The IHRA Plenary agreed to appoint a group of IHRA experts to provide input or suggestions to the international advisory boards of the House of Fates.

Read a statement on the House of Fates initiative

Delegates also met to advance projects focusing on the Holocaust as a contemporary political issue. Projects in process deal with the development of educational recommendations for teaching and learning about the Holocaust, memory laws and safeguarding the record, and guidelines for safeguarding sites.

During the plenary, a fruitful exchange of views took place with the International Partners of the IHRA (United Nations, UNESCO, OSCE/ODIHR, Arolsen Archives, European Union, European Union Agency for Fundamental Rights/FRA, Council of Europe, Conference on Jewish Material Claims Against Germany). One of the objectives of the Luxembourg chairmanship is to strengthen relations with these international organizations and institutions.

Heads of Delegation also discussed good practice around safeguarding sites and exchanged views on how the Holocaust and the genocide of the Roma are presented in several museums across Europe. On Sunday, 2 June, the IHRA project group 'Safeguarding Sites: the IHRA Charter for best practice' led by Dr Gilly Carr held a one-day workshop with external experts and representatives of international heritage organizations including International Sites of Conscience, International Council on Monuments and Sites, and International Committee of Memorial Museums. Over the next five years, this project aims to create guidelines for the protection of sites - for adoption by all IHRA Member Countries - and to have these guidelines incorporated into national cultural heritage legislation.

A plaque was inaugurated by the mayor of Mondorf-les-Bains, Steve Reckel, and Minister Lex Delles, Minister for Tourism and Small and Medium-sized Enterprises, commemorating the site of Camp Ashcan, where many high-ranking Nazi officials were held and interrogated for several months before their trial in Nuremberg.

The Minister of Education of the Grand Duchy of Luxembourg, Claude Meisch, addressed delegates at an evening reception, focusing on the importance of education in the context of the mandate of the IHRA.