The Chair of the International Holocaust Remembrance Alliance, Ambassador Georges Santer, today and yesterday led visits to Staro Sajmište and Topovske Supe, Belgrade and held official meetings with senior members of the government and the mayor of Belgrade, seeking the acceleration of memorial plans for preserving Holocaust sites at Staro Sajmište and Topovske Šupe.

While visiting the sites and in meetings, the Chair expressed his regret that despite several commitments and statements since 2011, there has been little progress towards creating a memorial and remembrance site at Staro Sajmište or Topovske Šupe. The Chair urged ministers and the Mayor of Belgrade to quickly publish plans and allocate funding for memorials at these sites. During his visit, the IHRA Chair was assured by several government officials that a memorial site will be established. 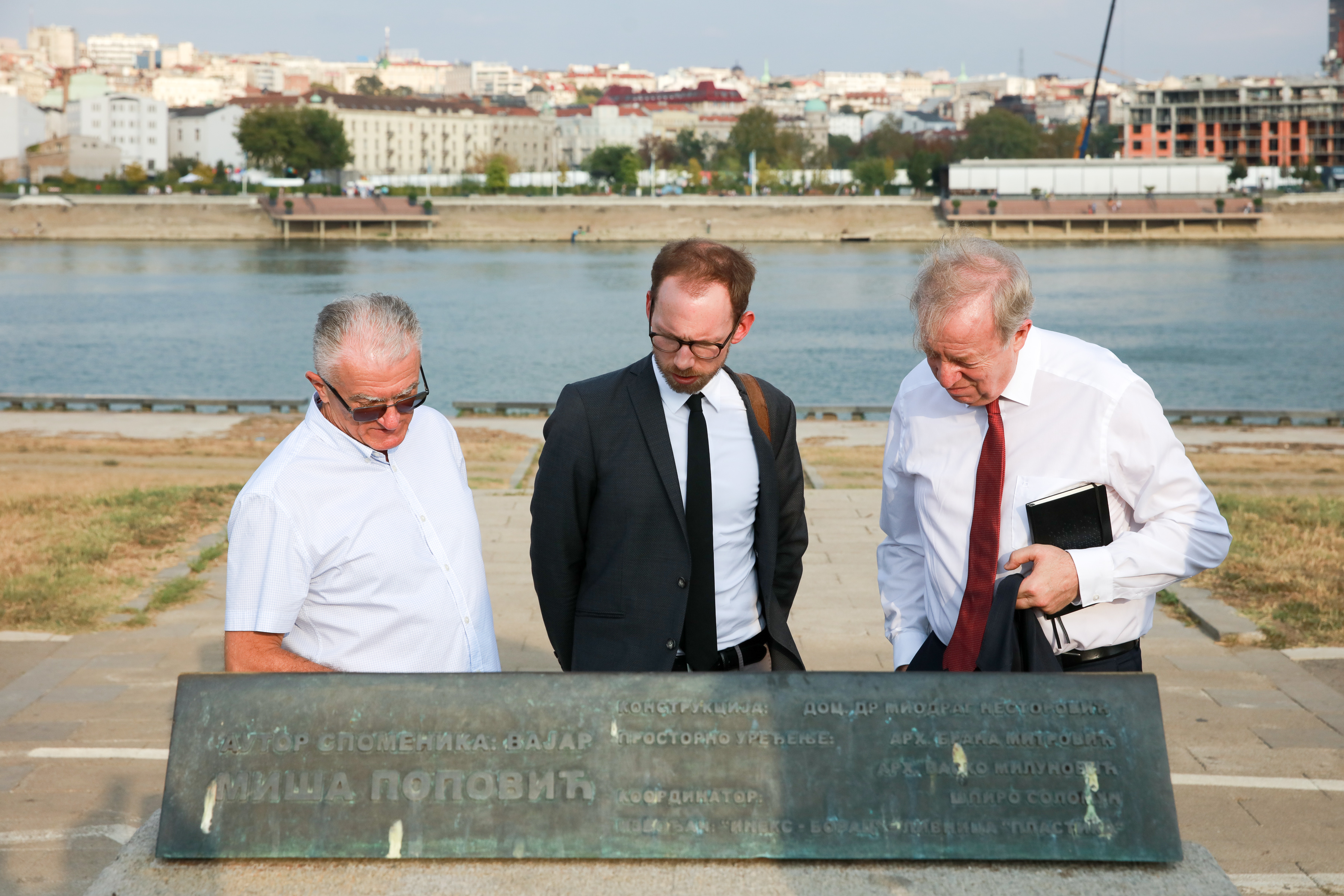 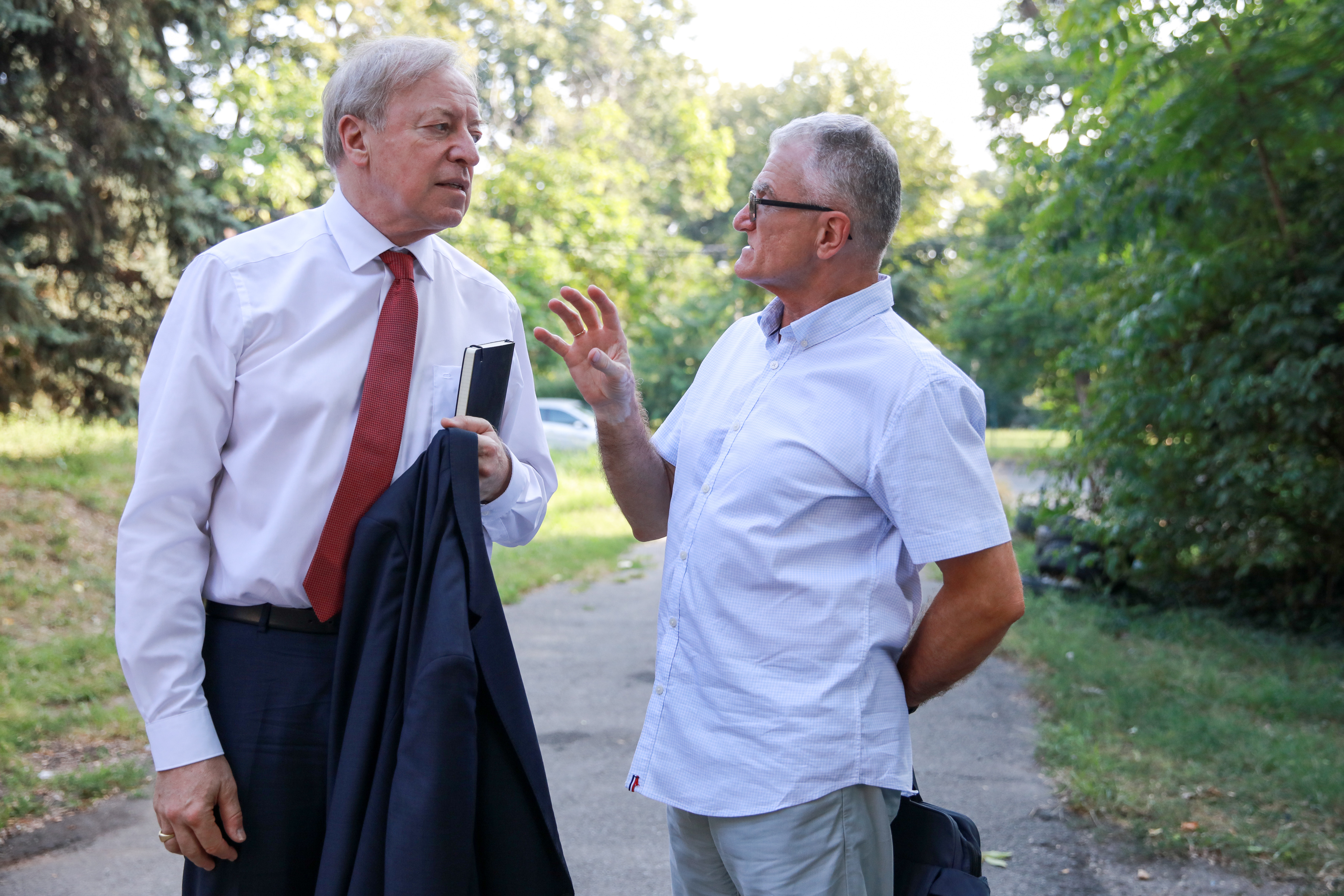 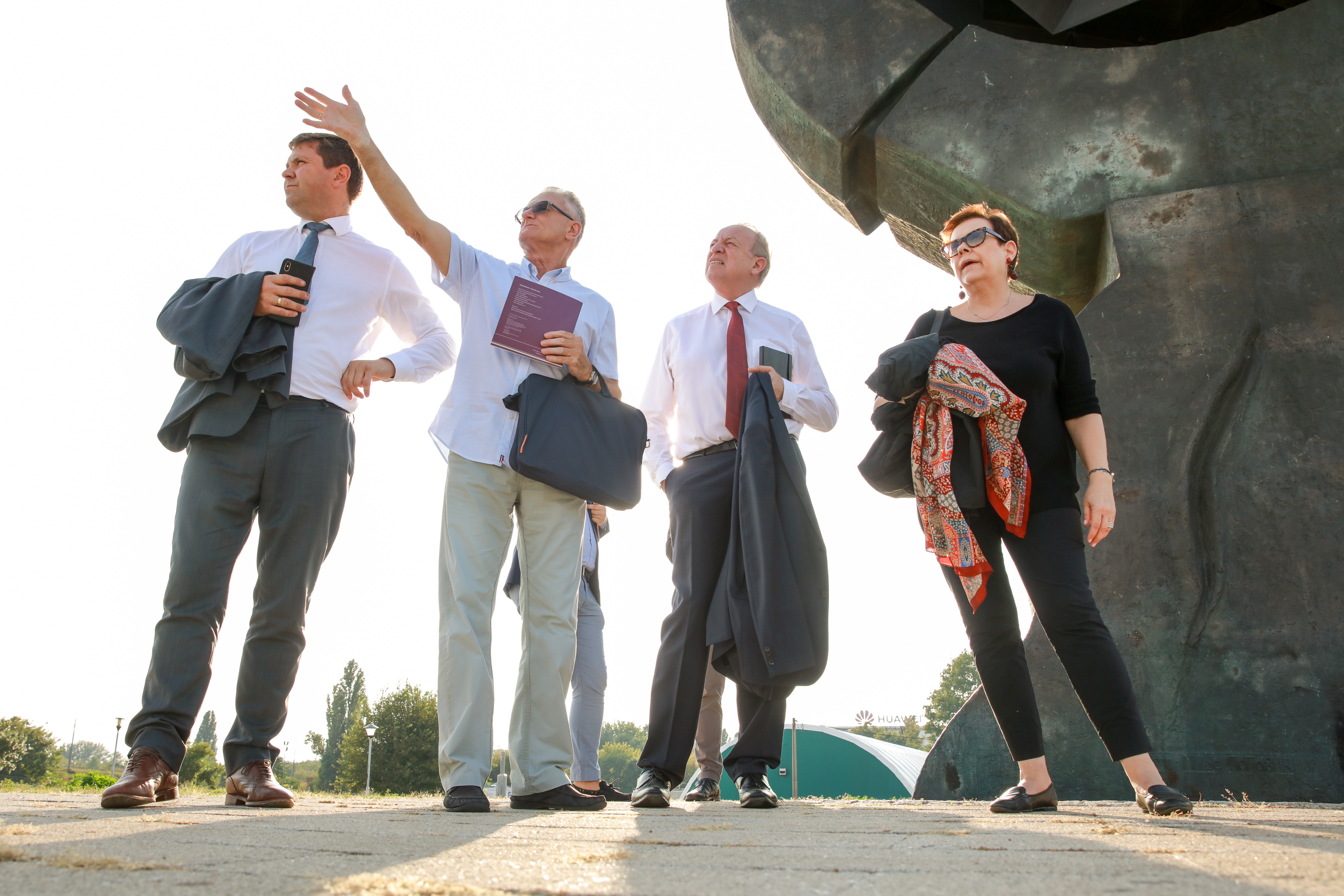 During his visit to Staro Sajmište, the Chair saw how the site requires urgent maintenance and is used for commercial purposes. Touring the site with local historian Dr. Milan Koljanin, the Chair said the commercialisation of the sites had negatively impacted the memory of those who had been murdered there during the Holocaust.

Following the tour, the Chair met with senior members of the Serbian government, including Mr. Zoran Đorđević, Minister of the Ministry for Labour, Employment, Veterans and Social Policy – the ministry responsible for memorial sites – to argue that the Serbian government should already be implementing plans to preserve the sites and remember the Holocaust. The IHRA Chair was briefed on a draft bill that should enable work to begin on the sites and was informed during a meeting at the Ministry of Culture that funds for the restoration of the central tower at Staro Sajmiste should be secured by January 2020 and that the renovation work could probably start in June 2020. The Chair offered IHRA’s expertise and support as the preservation plans are considered.

Ambassador Santer was accompanied by the IHRA Deputy Executive Secretary, Christian Wee (Chair of IHRA’s Memorials and Museums Working Group) and Martina Maschke (former Chair of IHRA’s Committee on the Genocide of the Roma).

Ambassador Santer said: “Preserving and protecting sites associated with the Holocaust and the genocide of the Roma plays a crucial role in educating current and future generations and is a central part of IHRA’s work and mission. All IHRA Member Countries have committed themselves to preserving, protecting and enacting the memorialisation of sites. Serbia is a Member Country of the IHRA, so I have been making this case during meetings that failing to safeguard sites will lead to the memory of victims and survivors being lost forever.”

Sites of the Holocaust and the Genocide of the Roma
Serbia