BRUSSELS, 19.01.2020 – The International Holocaust Remembrance Alliance (IHRA), together with the Government of Luxembourg, today welcomed ministers and high-ranking government representatives from 35 countries to Brussels, for a unique summit to declare their commitment to fighting Holocaust distortion, antisemitism, antigypsyism and other forms of discrimination.

The ministerial meeting, at the Residence Palace Press Centre in Brussels, saw IHRA Member Countries adopt the IHRA 2020 Ministerial Declaration, formed of 14 measures that underpin the ultimate objective of IHRA: to ensure the world remembers the Holocaust and work to contribute to a world without genocide.

In times when Jews are being attacked and murdered in the streets and in their places of worship, when Holocaust distortion, antisemitism, antigypsyism and other forms of discrimination are on the rise globally, the Declaration is a new set of measures and principles that each IHRA Member Country agreed to support, including fresh commitments to:

Adoption of the IHRA 2020 Ministerial Declaration is timely, as January 2020 marks 20 years since the Stockholm Declaration, the founding document of IHRA.This Declaration centred on remembering the victims who perished during the Holocaust, respecting the survivors still alive, and reaffirming humanity’s common aspiration for mutual understanding and justice. It outlined that the Holocaust fundamentally challenged the foundations of civilization and pledged to remember the Holocaust and the genocide of the Roma and educate future generations of these tragic events. 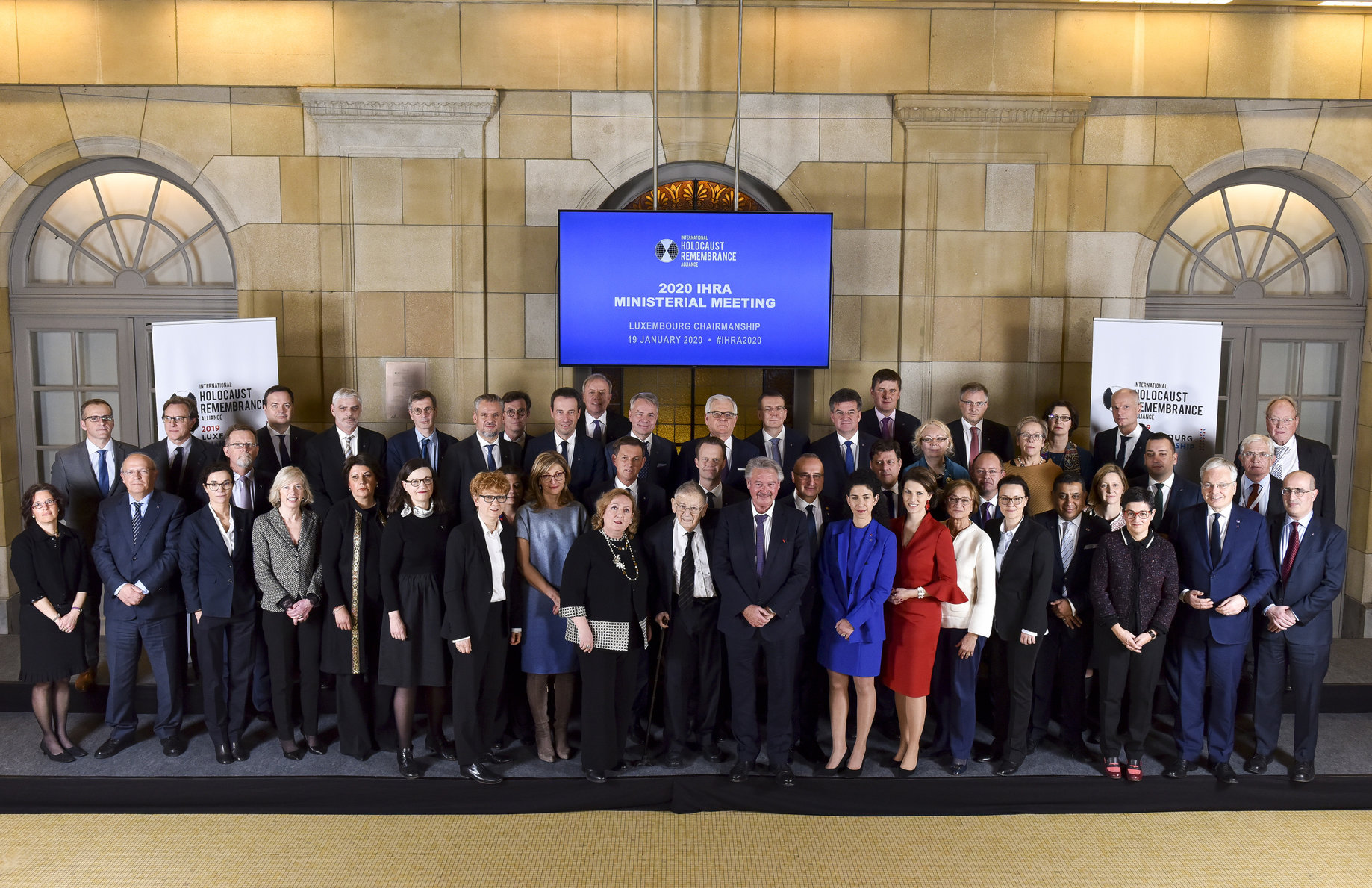 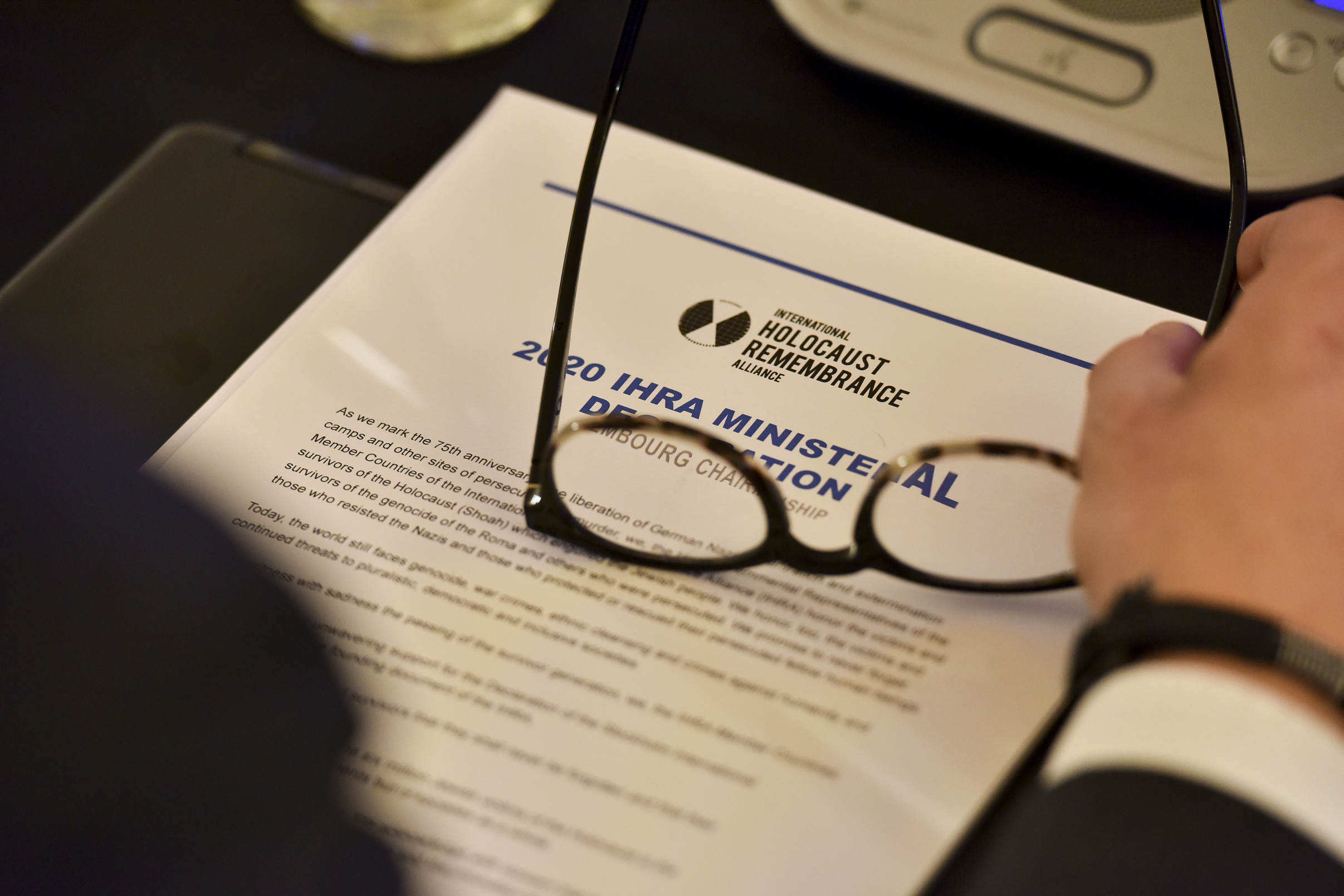 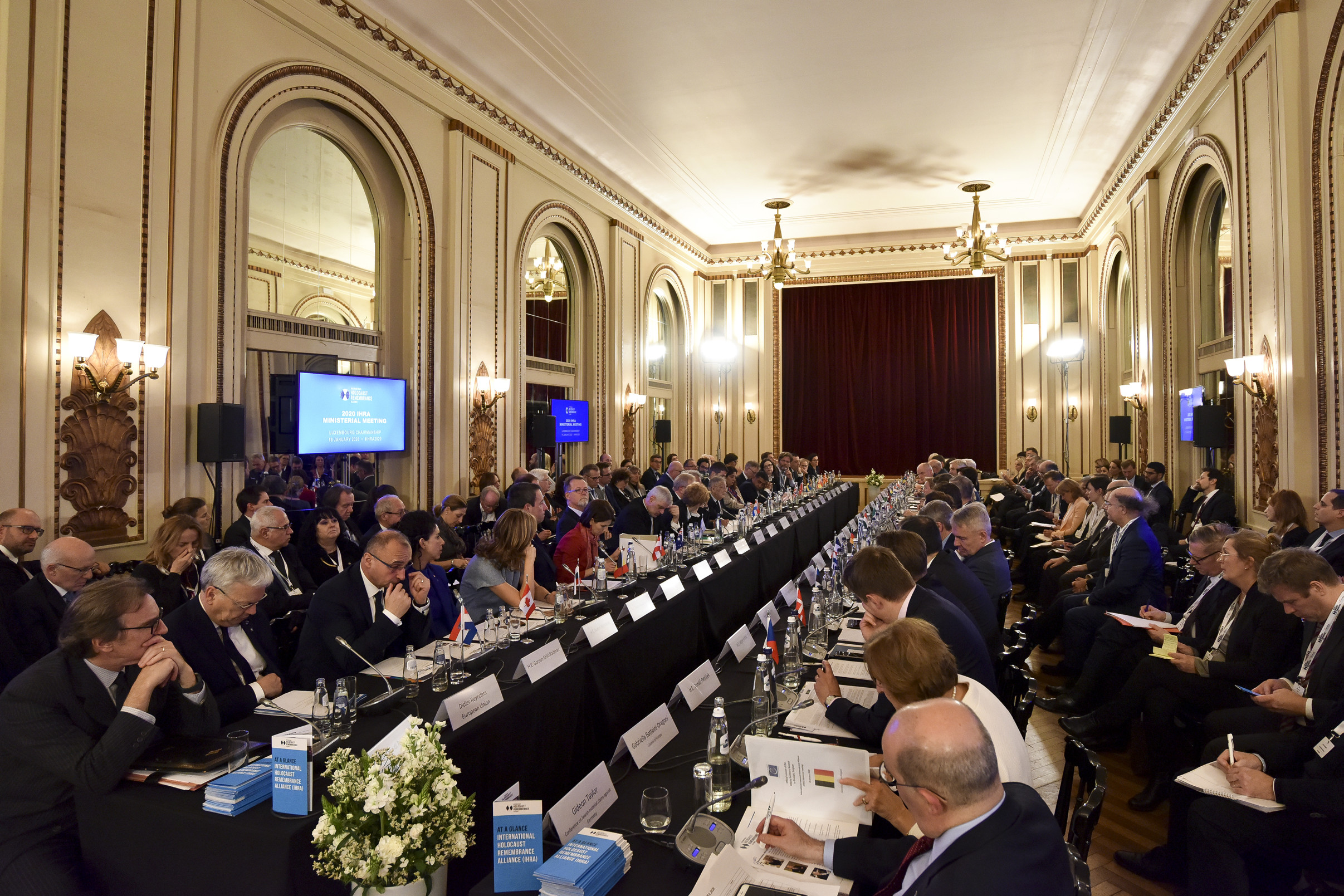 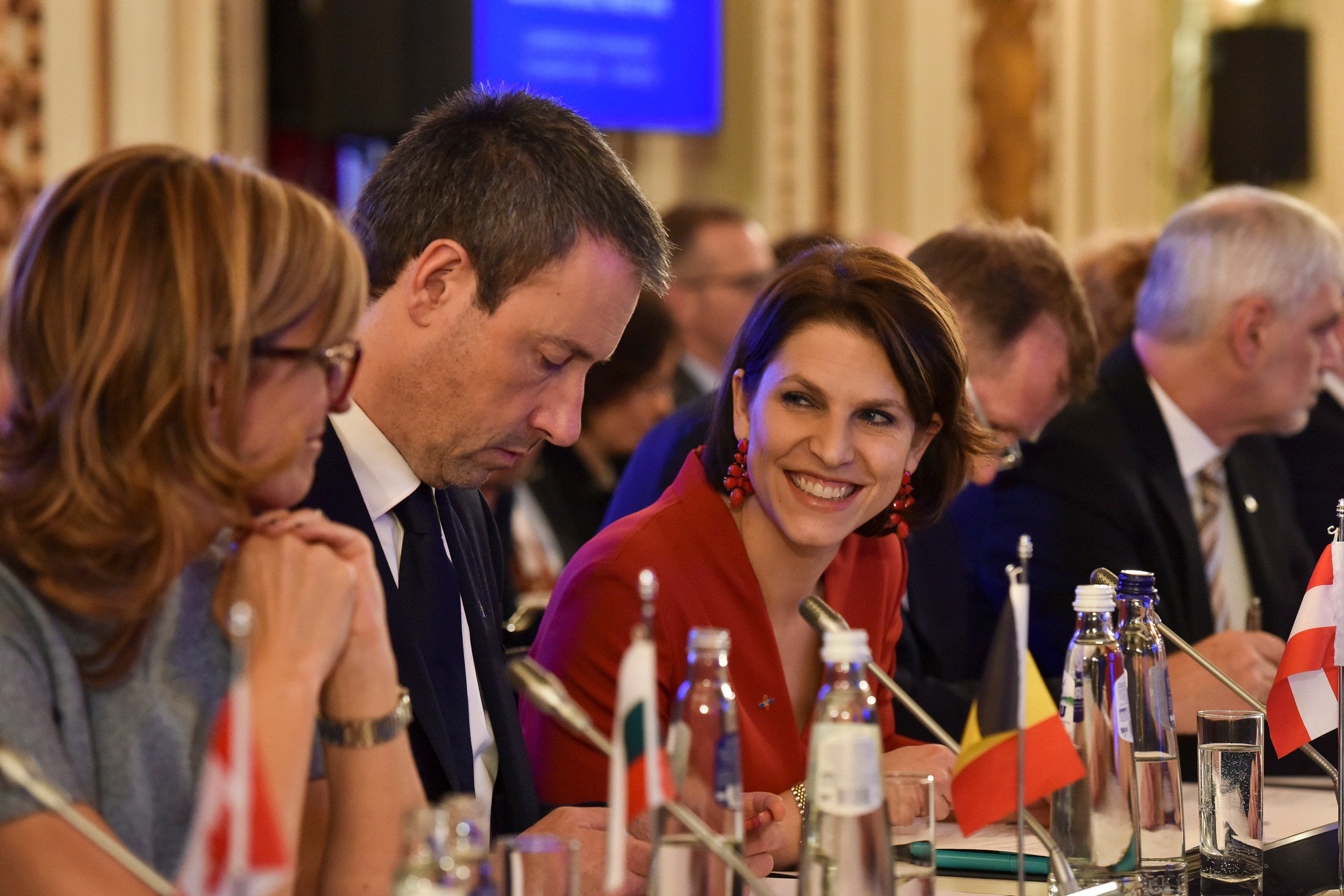 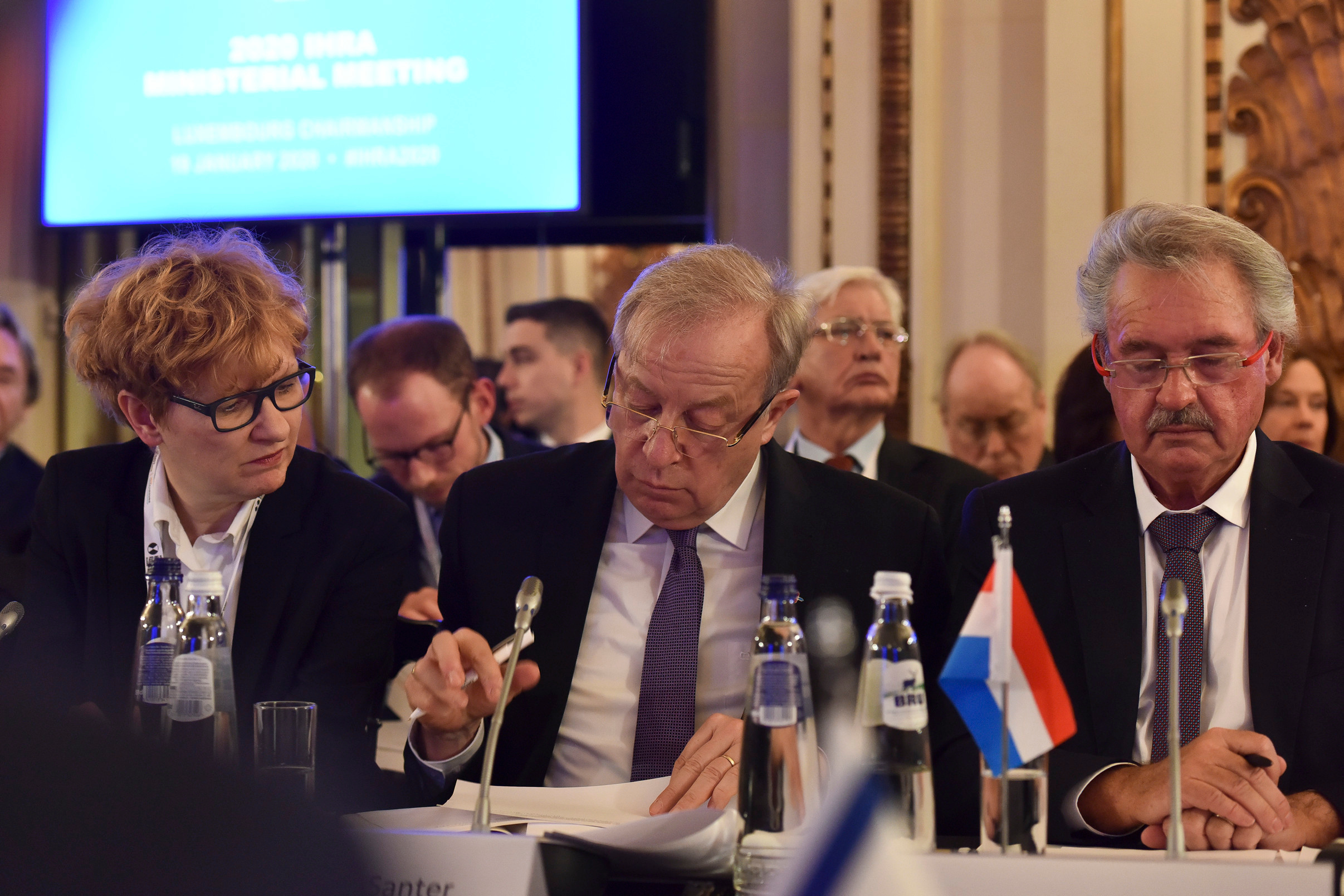 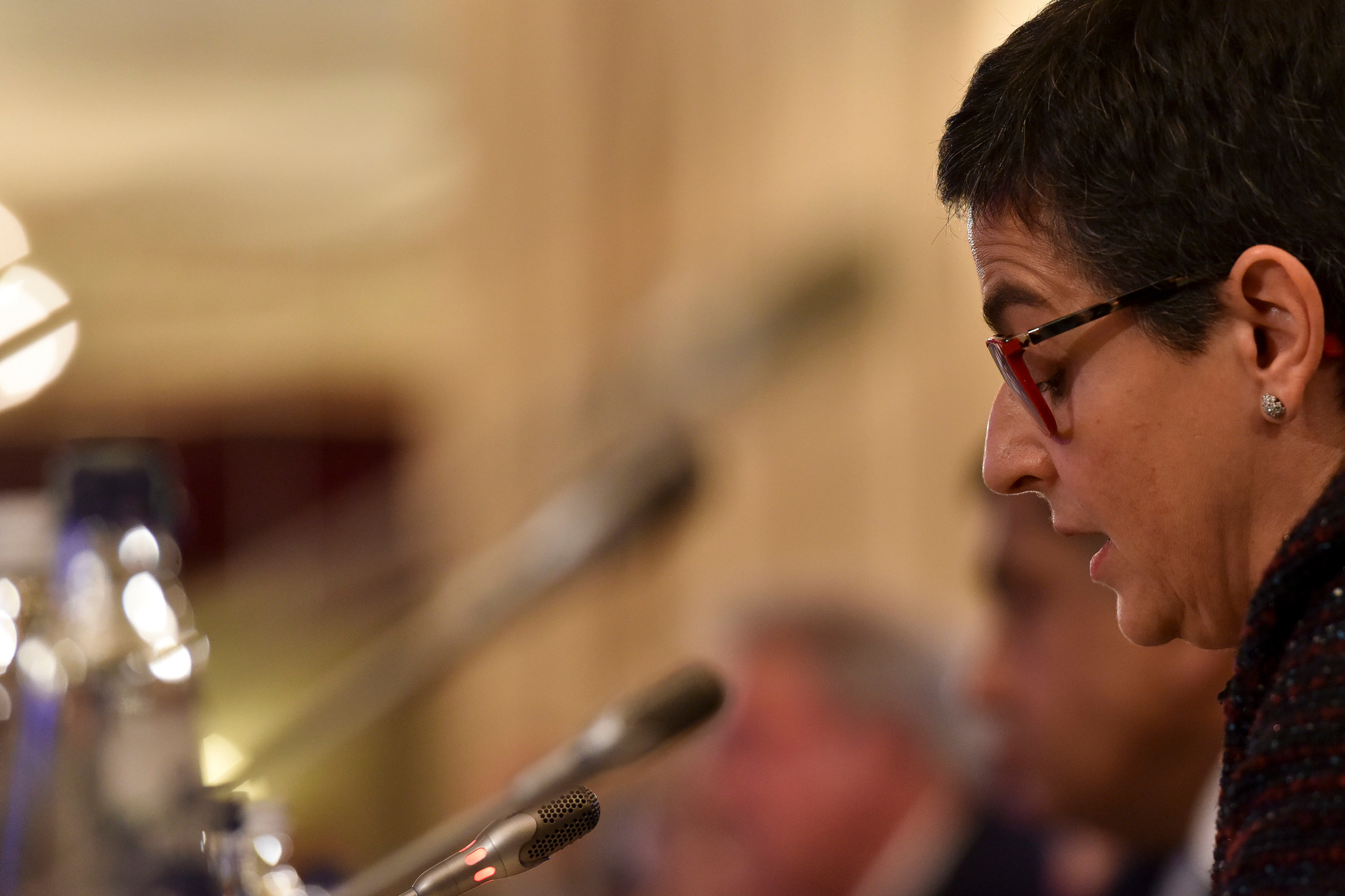 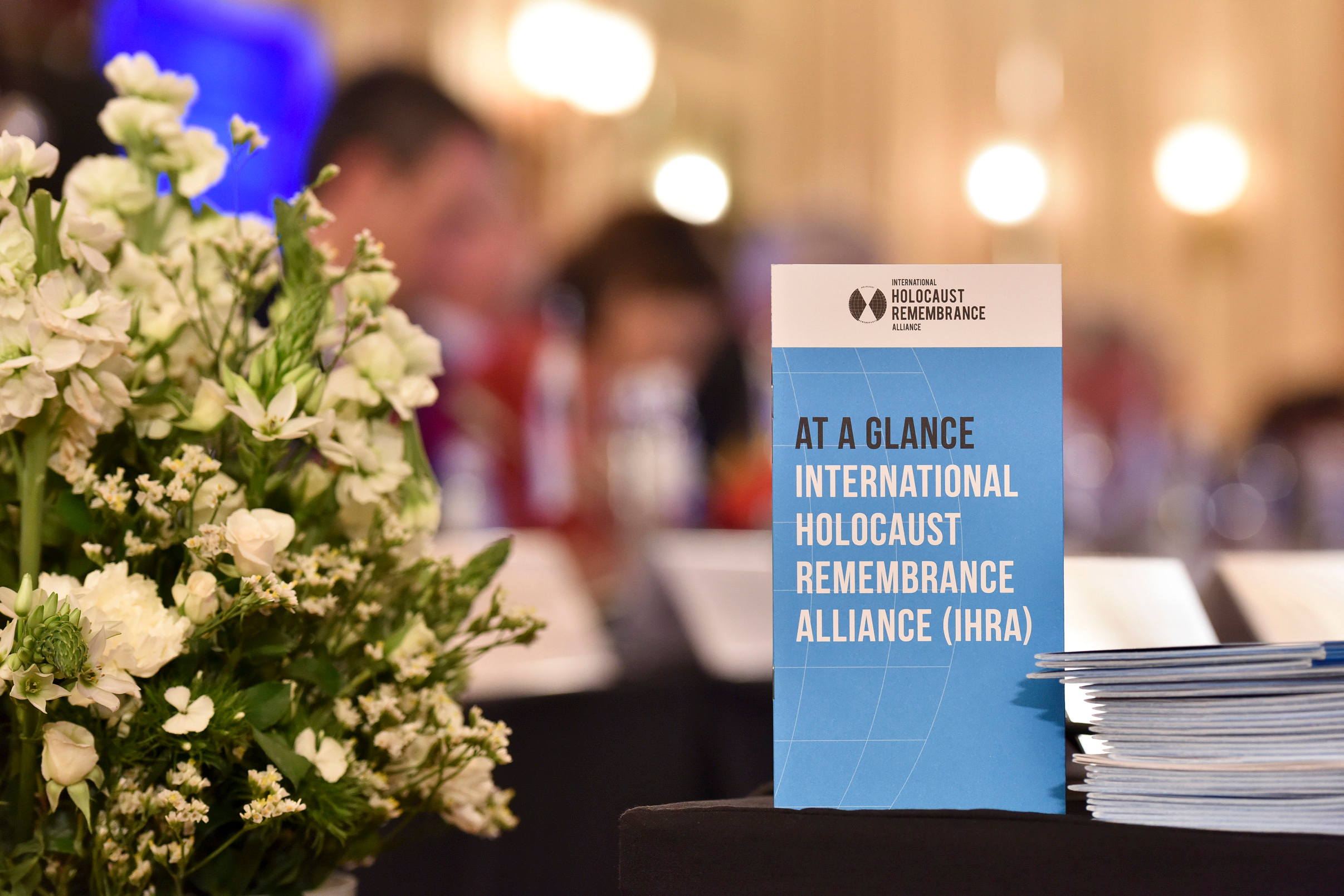 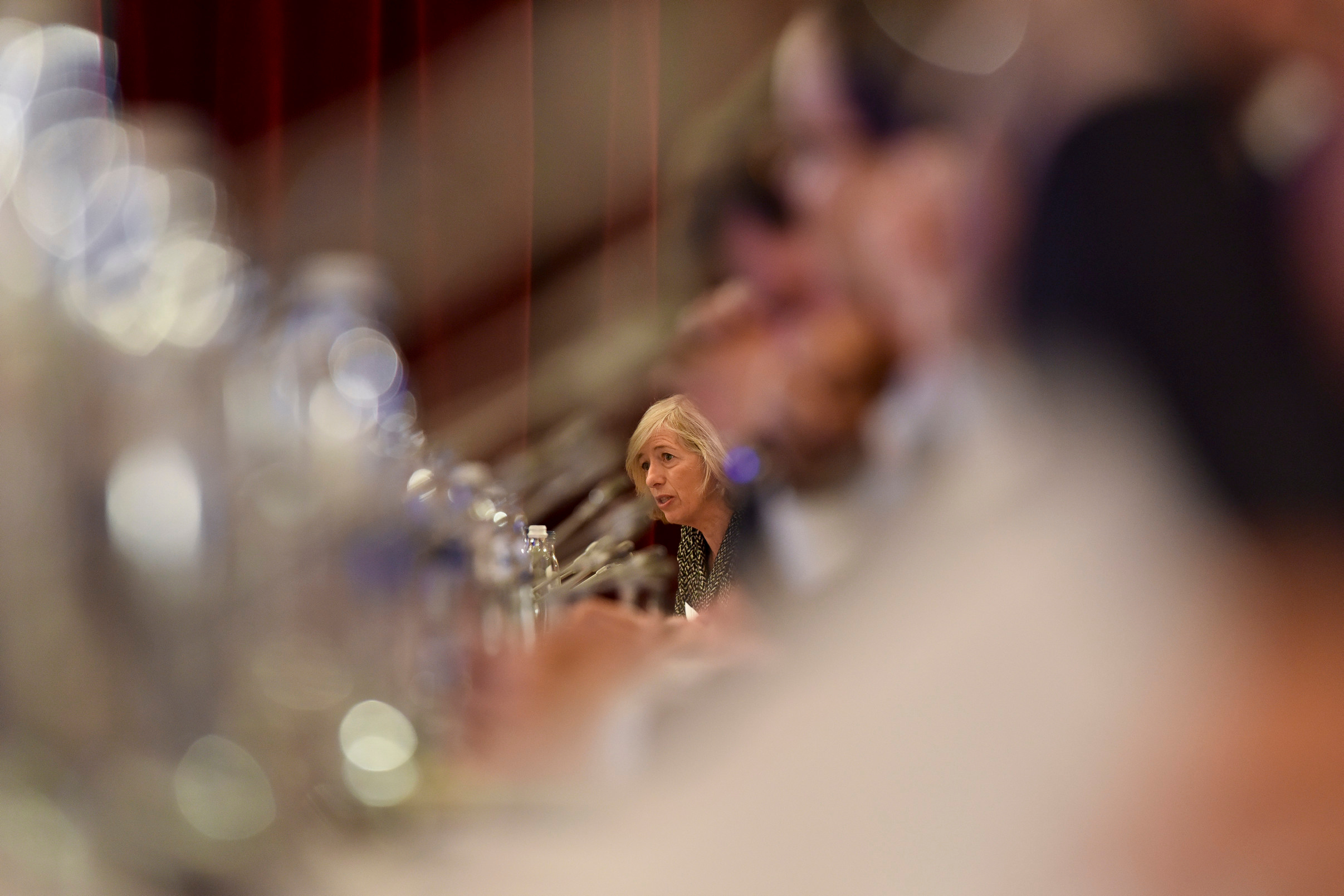 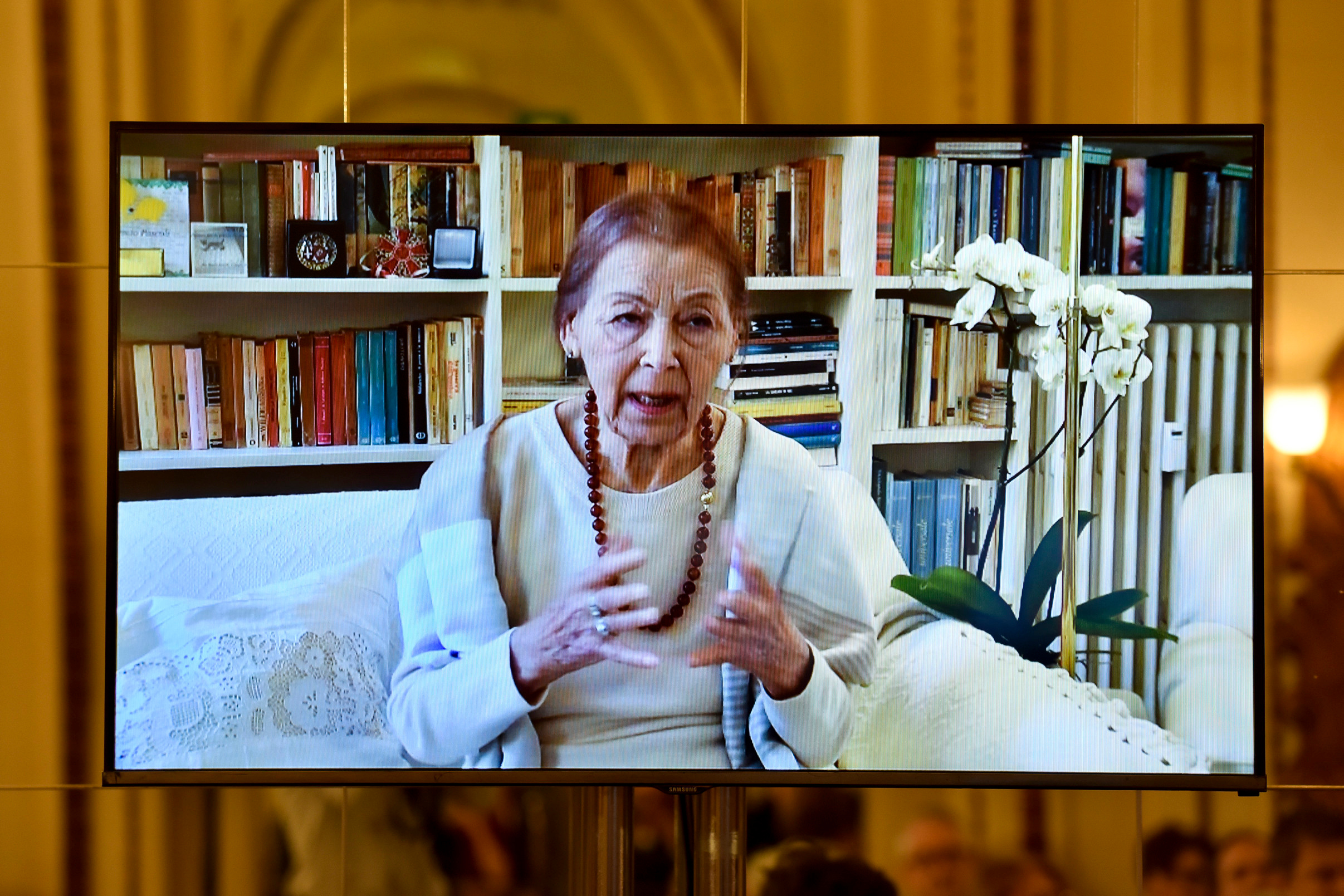 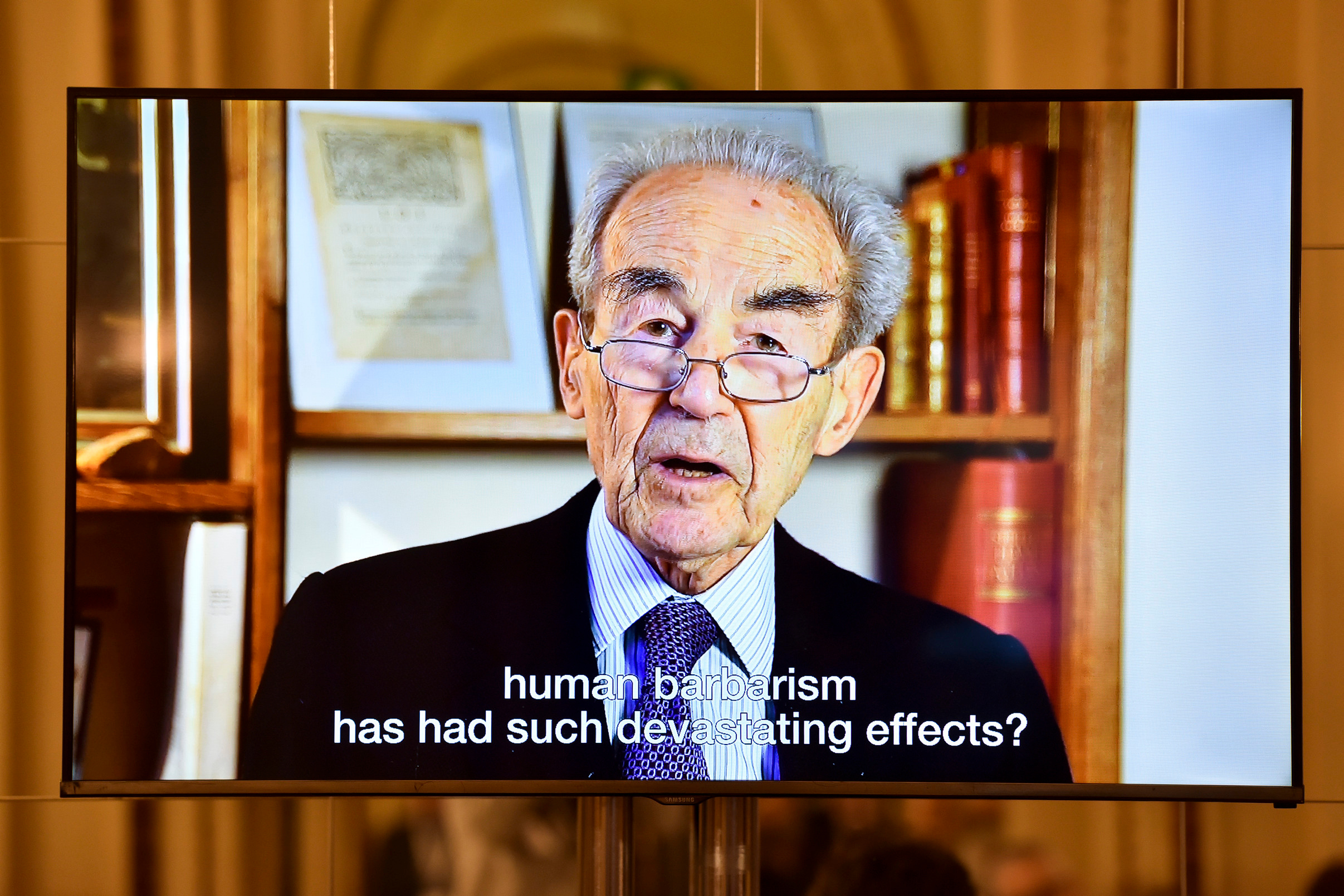 The IHRA 2020 Ministerial Declaration marks the beginning of a historic year, which also sees the 75th anniversaries of the liberation of Auschwitz-Birkenau (27 January 1945) and other concentration and extermination camps, as well as the end of the Second World War in Europe (8 May 1945) and in Asia (2 September 1945).

Ambassador Georges Santer, the IHRA Chair said: “We are delighted that ministers from around the world have adopted the 2020 Declaration today so that current and future generations do not forget the tragic events of the past and the historical record of the Holocaust is safeguarded. Against the backdrop of rising antisemitism, today's declaration is absolutely crucial. As the IHRA Honorary Chairman, Yehuda Bauer, always says antisemitism is not a threat only to Jews but is a destructive force for our societies in general. IHRA Member Countries are obliged to fight these dangerous developments, safeguard the historical record of the past and honour Holocaust victims and survivors today and IHRA will support all Member Countries to do so.”

Foreign Affairs Minister of Luxembourg, Jean Asselborn said: “The Government of Luxembourg is proud that during our year long tenure chairing the IHRA, we have worked with all Member Countries to unite them and renew their commitment to tackling antisemitism, marked through the adoption of this ministerial declaration today. As we see the global rise of antisemitism taking new forms, it is more urgent than ever that national governments come together and confront this evil. The Government of Luxembourg has worked with IHRA to ensure our collective resolve will not fade and we urge all members to enact the principles of the declaration agreed today. The Declaration itself must be in the coming years a source of inspiration, exhortation and motivation for the work of the Alliance.”

Ms. Edith Bruck, Holocaust survivor and keynote speaker at the meeting said: “Holocaust distortion and denial is both deeply offensive to the memory of victims and to me as a survivor. I witnessed first-hand the horrors of what can happen when antisemitism and genocide are not challenged. I am incredibly grateful to IHRA and its members today for committing to this historic declaration to help societies remember the atrocities that I and millions of others went through and to take a further step towards a world without genocide.”

The high-ranking government representatives of the meeting were also addressed by Robert Badinter, former Minister of Justice for France and Professor Yehuda Bauer, IHRA Honorary Chairman.