Genocide of the Sinti and Roma

On 2 August the IHRA Chair, Ambassador Georges Santer, joined the commemoration ceremony to mark the 75th anniversary of the extermination of the Roma and Sinti in the concentration camp of Auschwitz-Birkenau.

The event, held by the Central Council of German Sinti and Roma, with the Association of Roma in Poland and in cooperation with the Auschwitz-Birkenau State Museum, brought together more than 1500 Romani people from all over Europe, as well as some 20 survivors - both Roma and Jewish -,representatives from governments, delegations, international organisations and civil society.

Commemoration of Genocide of Sinti and Roma, 2 August 2019 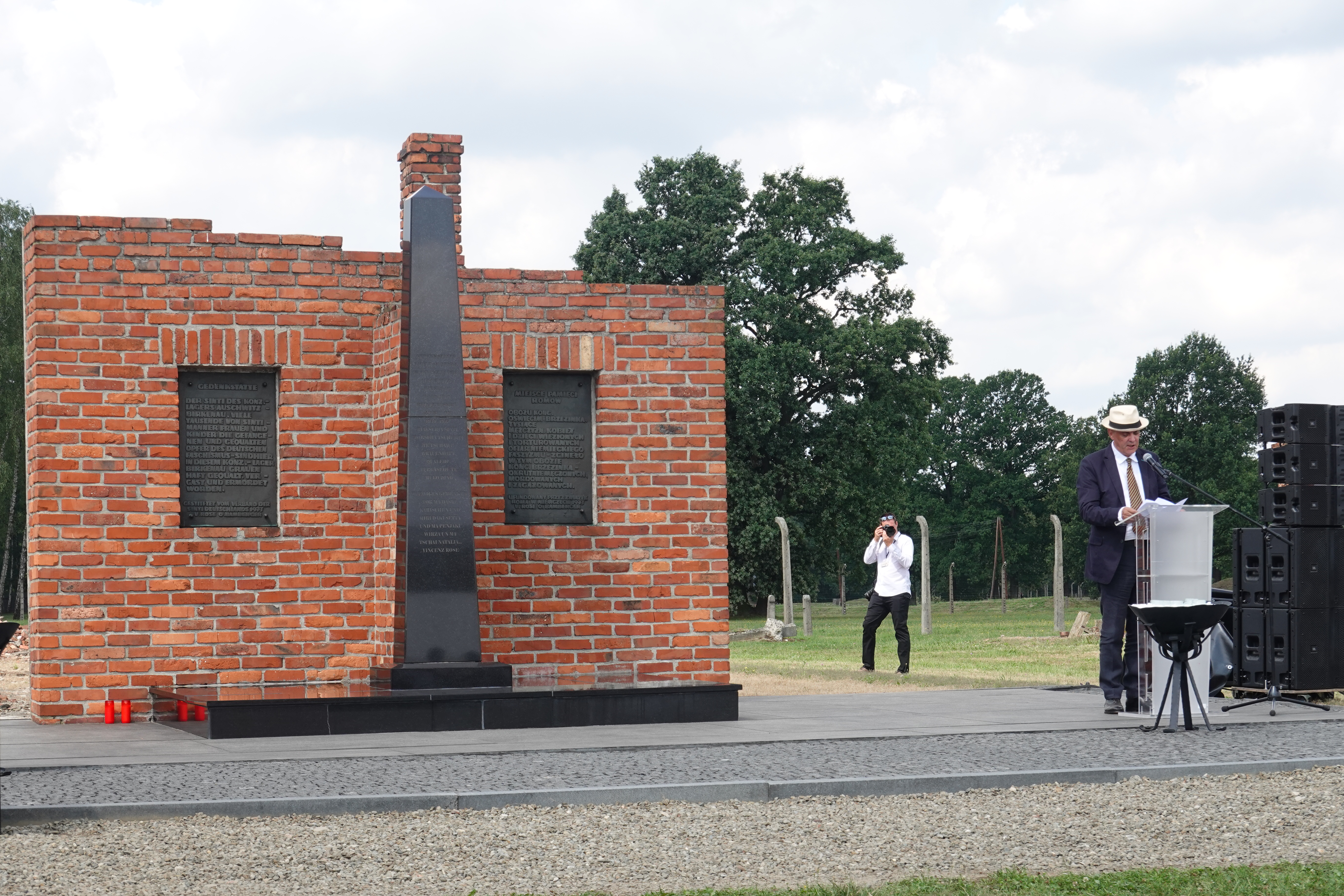 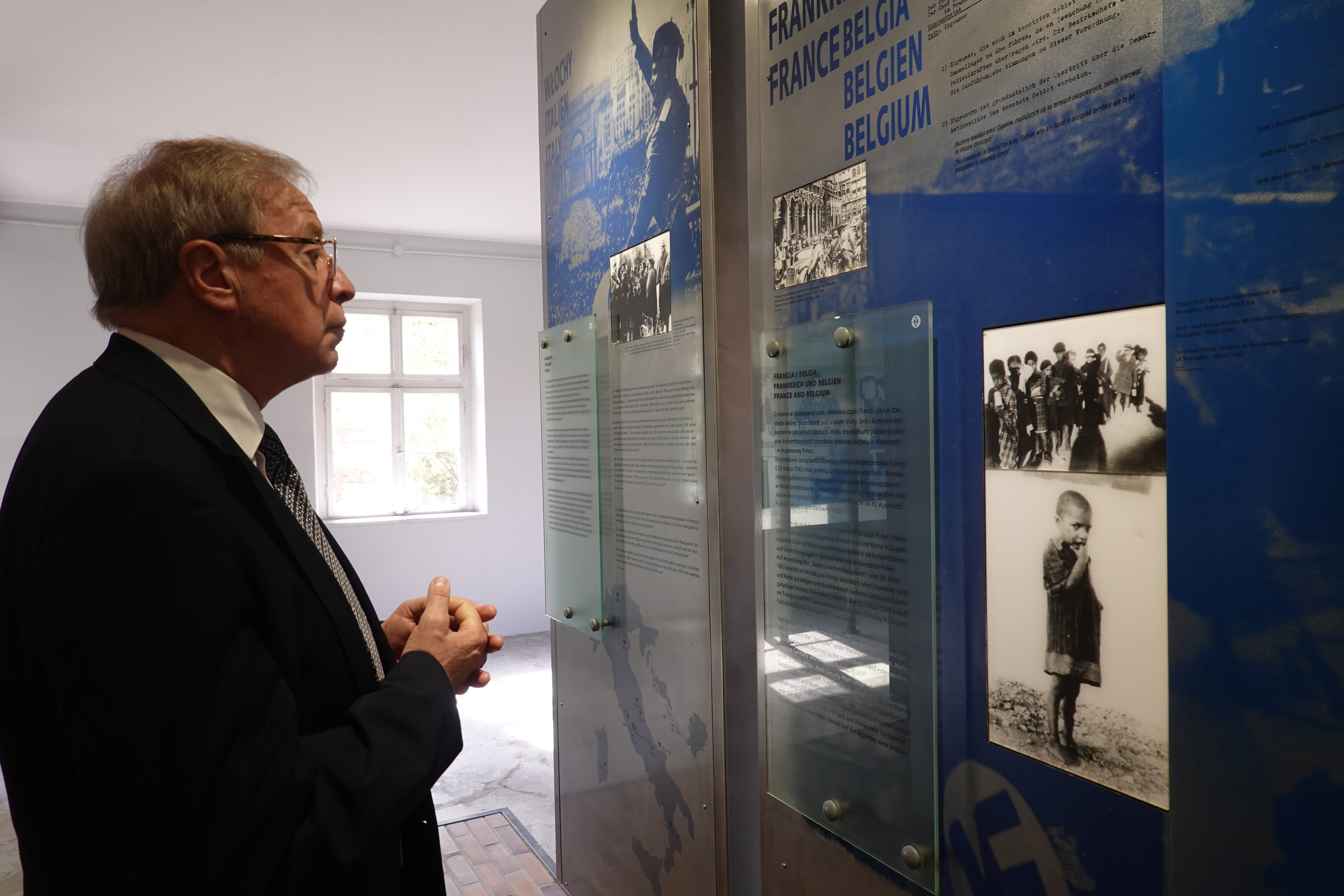 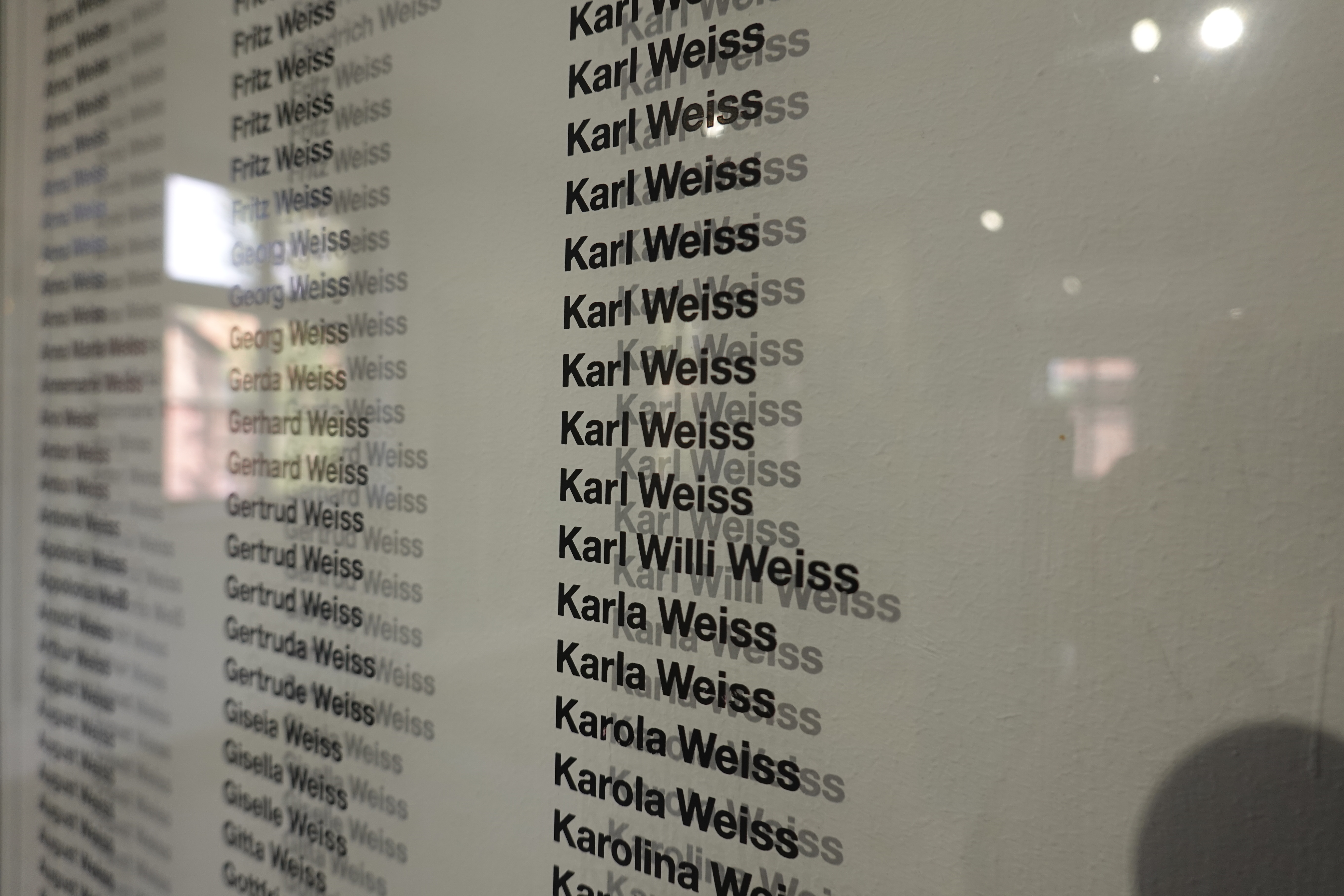 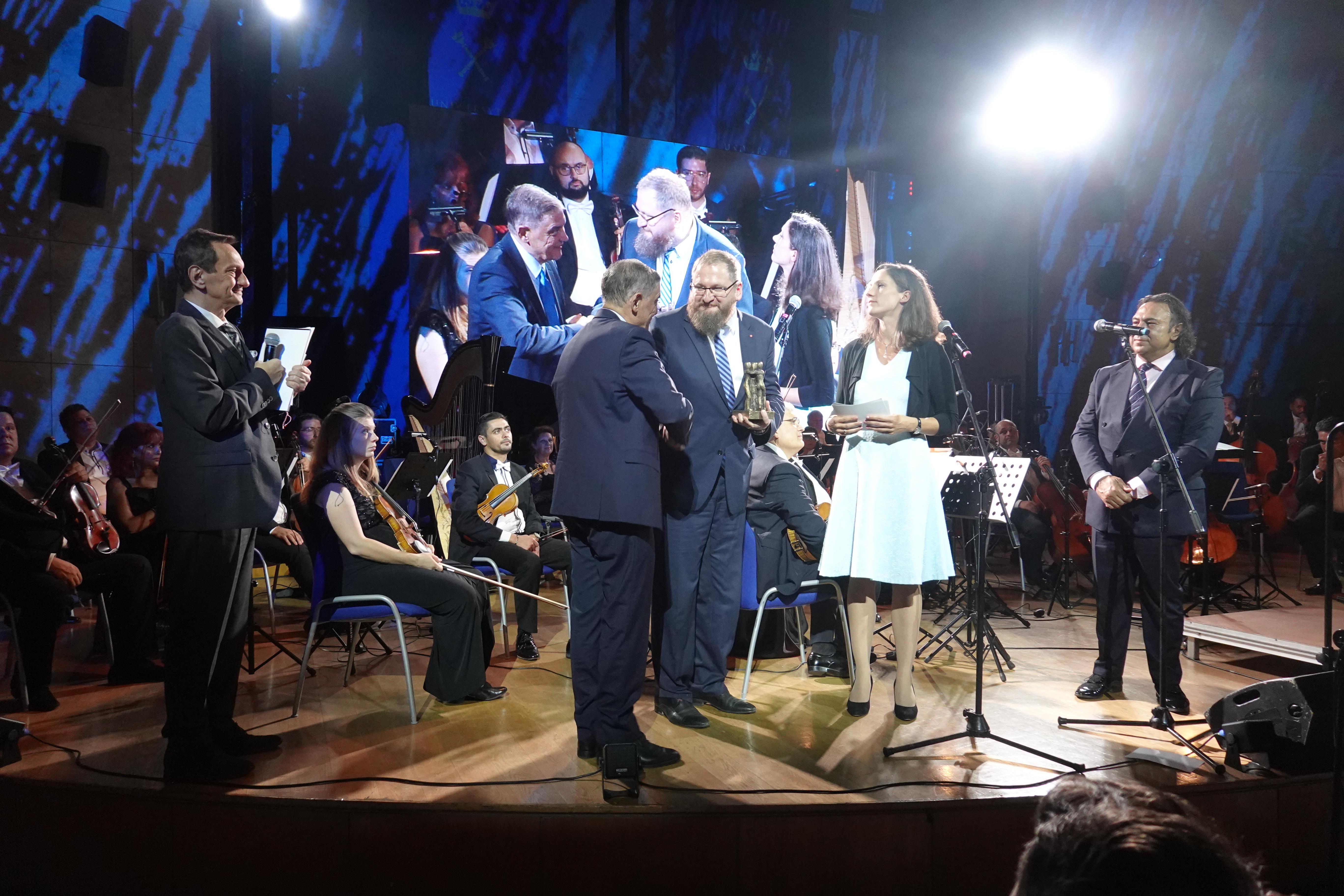 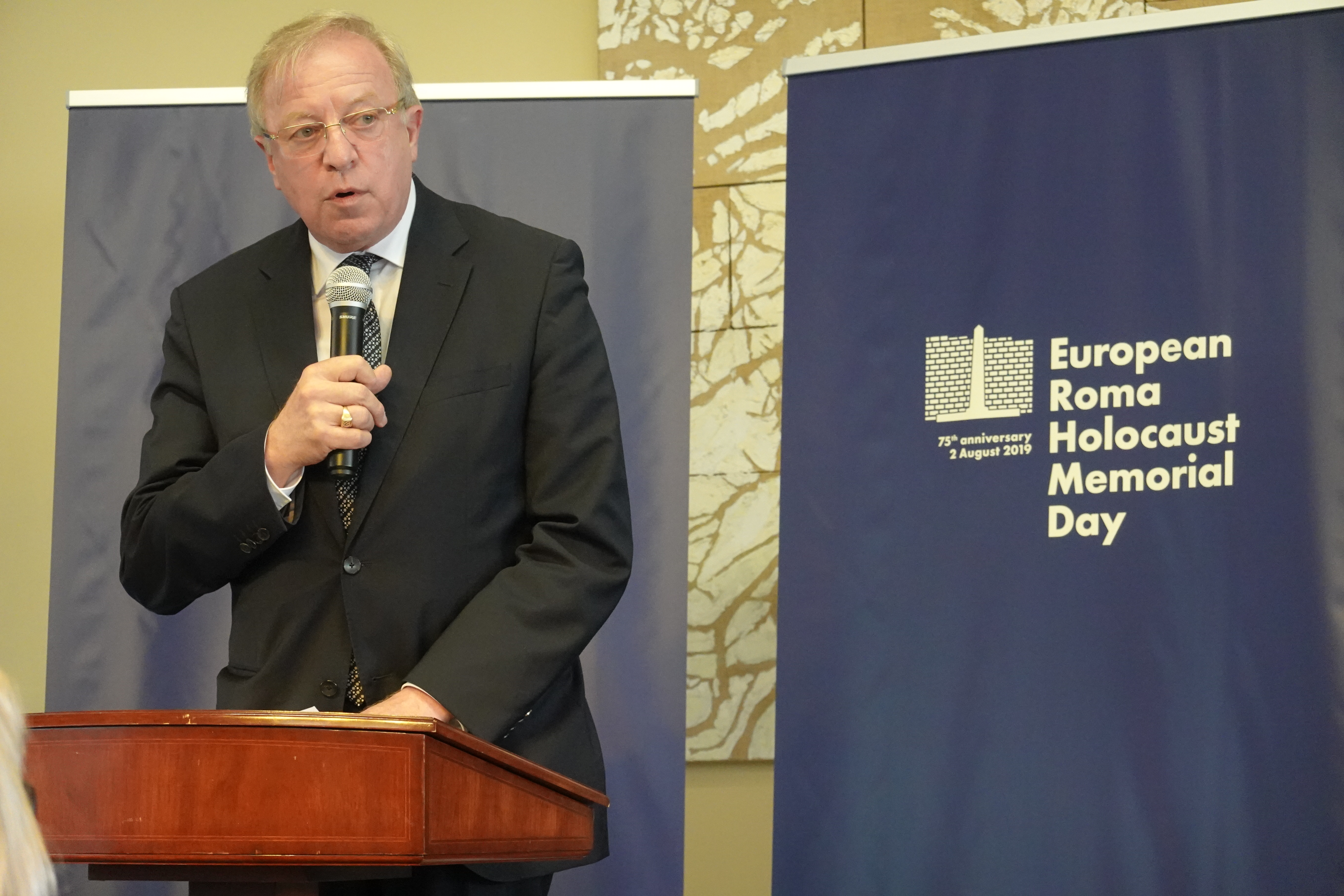 Addressing the audience, Rev. Jesse Jackson drew comparisons between the suffering of the Roma minority in Europe with that of African Americans: "If history has taught us anything, it is that wherever there is oppression, people must resist,” he said.

Roma survivor Else Baker stated: "We, the survivors, must defend human rights and democracy -- we can't be sure that Nazi crimes will never happen again."

In the afternoon a second commemoration ceremony took place in the Centre for Dialogue and Prayer in Oświęcim, where political representatives and representatives of international organizations took the floor. Speakers included EU Commissioner for Justice and Consumer Rights, Vera Jourova, and Germany's Deputy Foreign Minister, Michael Roth.

The IHRA Chair spoke on behalf of the organization stating:

"Paying tribute to the victims and honouring them, notably in commemoration events like this, are the responsibility of the whole of our societies, not only of the victim groups directly concerned."

"Remembrance, commemoration, the fight for justice and equal treatment are among the fundamental values that form the foundation of our post-war, democratic, pluralistic and inclusive society," he added.

Read the full address of the IHRA Chair

On the night of 2 to 3 August 1944, the Germans liquidated the so-called Gypsy family camp (Zigeunerfamilienlager) of Auschwitz II-Birkenau, murdering nearly 3000 children, women and men. At least 23,000 Roma were deported to Auschwitz-Birkenau during the Second World War. Almost all perished. In the Auschwitz-Birkenau State Museum, in block 13, an exhibition is devoted to the extermination of the Roma and depicts the particular dimension of the Nazi genocide of the Roma in Nazi-occupied Europe.

Antigypsyism/anti-Roma discrimination continues to impact the daily lives of Roma. In recent months, Roma seeking to flee the violence caused by Russian aggression in Ukraine have not been granted...

On 5 November 2021, the Center for Promotion of Tolerance and Holocaust Remembrance in Zagreb installed the first Stolperstein, “stumbling stone,” in memory and remembrance of victims of the genocide...