In 1944, thousands of Hungarian Roma were deported to the collection camp of Fort Csillag in Komárom. Many people were then further transported to concentration camps in Nazi Germany from where they never returned. Hundreds of those who remained in Komárom died due to inhumane conditions in the camp or on their way home.

As Fort Csillag (Star Fort) is the central place of memory for Roma during the Second World War in Hungary, IHRA's Committee has been advocating for the creation of an adequate and respectful place of commemoration on the site since 2015. One of the central requests is a permanent exhibition depicting the fate of the Roma and Sinti. As Fort Csillag has been designated as a branch of the Budapest National Museum of Fine Arts, the space does not allow for a permanent exhibition on the fate of the Roma and Sinti. Accordingly a possible alternative venue for the exhibition was presented at the nearby Fort Monostor. 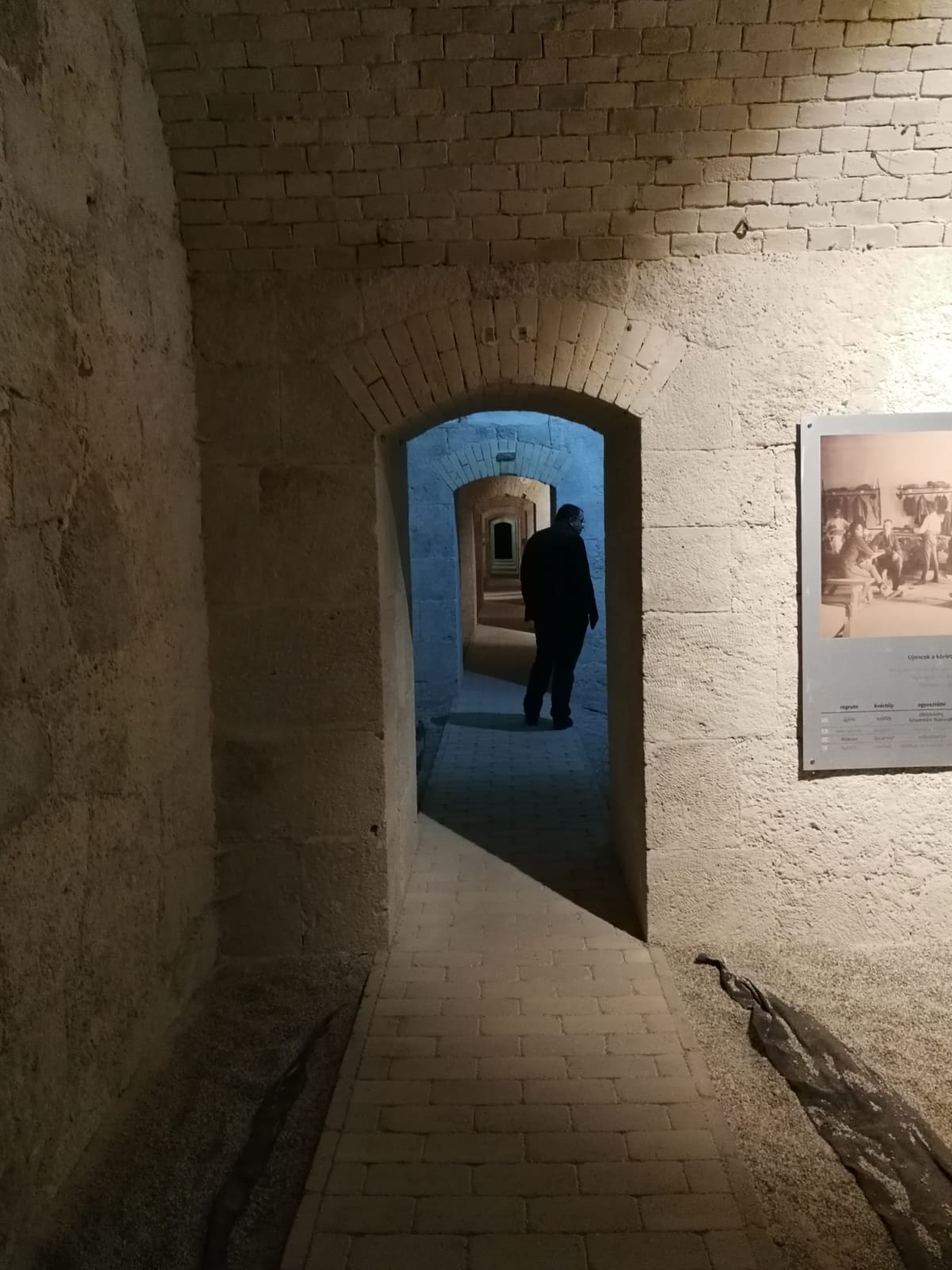 Members of the IHRA delegation included Martina Maschke, the Chair of IHRA's Committee on the Genocide of the Roma, and two members of the Committee: Gerhard Baumgartner (Director of the Documentation Center of Austrian Resistance) and Mirjam Karoly (Independent Expert on Human Rights, Minorities and Roma). The Hungarian delegation was comprised of State Secretary Szabolcs Takacs, Ágnes Károlyi, Chief of Cabinet, Laszlo Krasnyanszki, member of the Cabinet of the State Secretary, Laszlo Csösz, Hungarian member of the Committee of the Genocide of the Roma, Mr. Csaba Vizeli, the director of Fort Monostor, as well as the representative responsible for cultural affairs of the city of Komárom

Hungary would like both Forts Monostor and Csillag to be recognized as UNESCO world heritage sites and is applying for EU funds to renovate the whole area.The funds for the permanent Roma exhibition will have to come from different sources following completion of a feasibility study and cost estimates for the project.

The IHRA Committee on the Genocide of the Roma commends the Hungarian government for having taken these first important steps and is looking forward to further progress, involving the local Roma civil society organizations.

Fort Csillag: In 1944, thousands of Hungarian Roma were deported to this collection camp. Credit: IHRA
Sites of the Holocaust and the Genocide of the Roma
Hungary