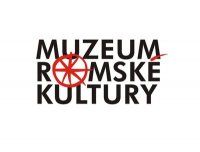 On Sunday, 21 August, the Museum of Romani Culture in Brno organized the 2011 commemoration ceremony for Roma victims that were deported to Auschwitz II-Birkenau from Hodonín u Kunštátu, Czech Republic.

The event is held annually on the Sunday closest to August 21st in memory of the date in 1943 when the last mass transport departed Hodonín for Auschwitz II-Birkenau. The 2011 memorial gathering included a religious service in the Church of St. John the Baptist in Czernowitz, a commemoration at the cemetery in Czernowitz, and a ceremony at the memorial in Hodonín u Kunštátu.

During World War II, a camp was established in Hodonín u Kunštátu that became known as the “Gypsy Camp.” From 1942 to 1943, over 1,300 Roma prisoners, including entire families, from the Moravian region were held there. Due to the poor living conditions and outbreaks of disease, over 200 prisoners died in the camp and were buried in mass graves. Those that survived were deported to Auschwitz II-Birkenau in several transports, the last of which departed on 21 August 1943.

Until recently the camp was used as a recreational facility, but the grounds have been preserved and two of the original structures still remain. Following World War II, the camp was studied by Dr. František ?ipek, a resident of a nearby town who tended the small cemetery and taught about the history of the site in local schools. He was able to obtain photographs of the camp from the official camp doctor, and later passed this documentation on to the Museum of Romani Culture. In 1997 the Museum initiated a memorial that was designed by a Romani sculptor, and in 2007 it erected informational signs that give a description of the site and its history.

The complex is currently in the hands of the Ministry of Education, Youth, and Sports, and plans are underway to establish an education center on the site in cooperation with the Museum of Romani Culture. Education Minister Josef Dobes announced an initiative to involve young architects and students in the creation of the planned memorial and educational facility. A commission has been established to assess the proposed projects and it is hoped that a design will be chosen by the end of 2011. 40 million crowns (koruna) have been allocated for the project, and preparatory work on the site has begun with the aim of completing construction by late 2012.