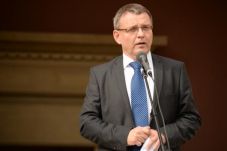 As a member of IHRA, the Czech Republic compiled a country report related to the fulfilment of its commitments arising from the Declaration of the Stockholm International Forum on the Holocaust.

The report presents an overview of the Czech Republic’s activities related to remembrance of the Holocaust as well as to the persecution and genocide of the Roma during the Second World War, and the ways in which these topics are reflected in education and research.

As part of the sharing of good practices and transparency surrounding the Czech Republic’s activities concerning remembrance, education and research on the Holocaust and  persecution and genocide of the Roma, the Government of the Czech Republic has decided to make the country report available to the general public.