The Museum of Romani Culture, s.p.o., has announced the winner of the landscape-architectural competition for the design of the future memorial “Lety: Memorial to the Holocaust of the Roma and Sinti in Bohemia.”

Second place was awarded to the design by Jakub Kopec of the n-1 project, Klára Zahradníčková and Tomáš Džadoň Paly Paštika, Luboš Zbranek and Lynda Zein also worked on the design.

Third place went to the Andrea Govi Architetto studio in Italy for a design by Karolina Chodura, Joanna Rozbroj and Marta Tomasiak.

How the winning design was chosen

The jury assessed the designs according to the architectural and artistic quality of how they responded to the challenge posed by the competition, taking into account the perspective of how the memorial would be situated in the landscape and also the degree to which the design expressed the subject matter and dealt with the topic of the memorial. A crucial factor in that regard was the degree of respect shown by the design for the culture of Bohemian Roma and Sinti. 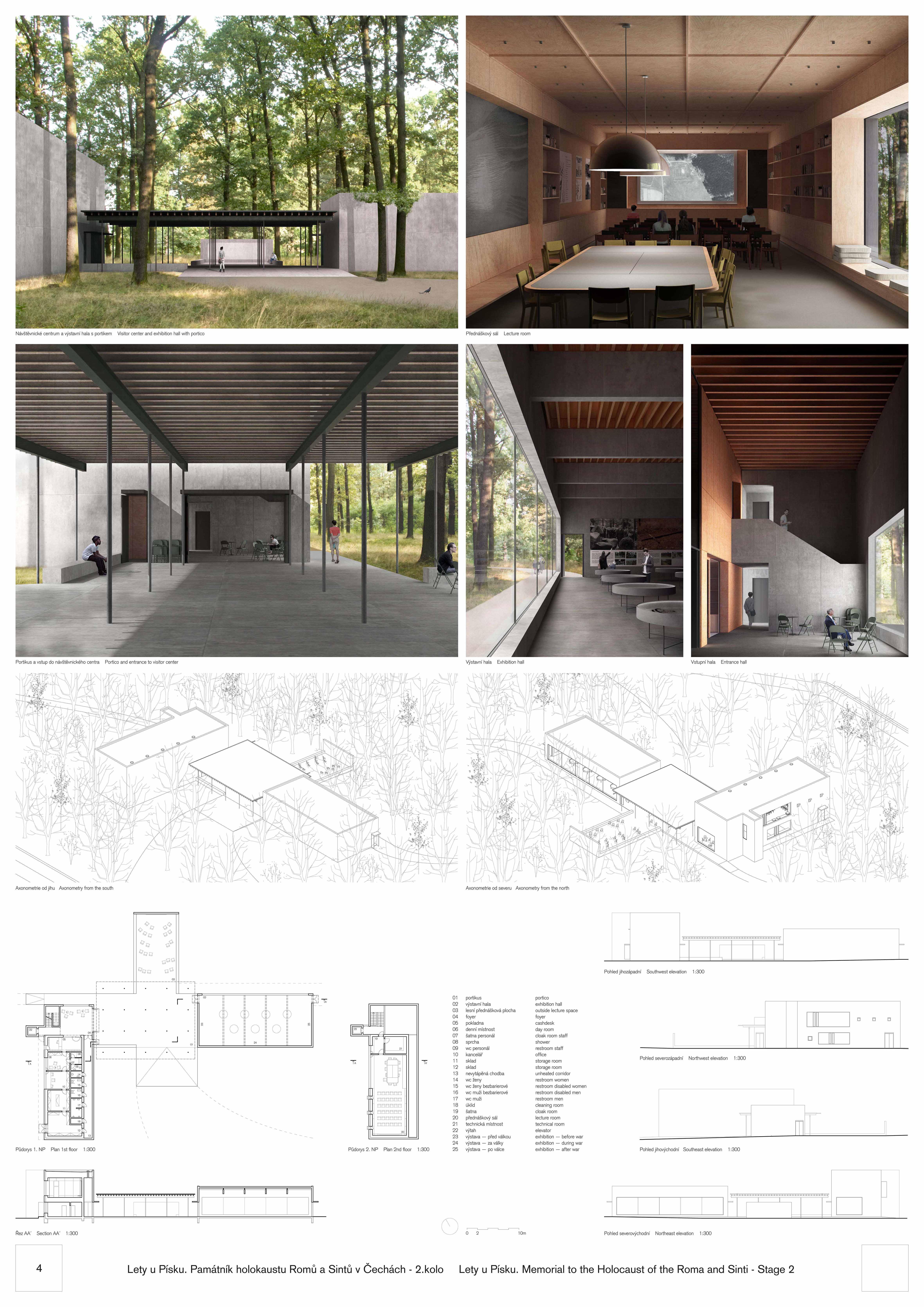 “We are very glad that we have managed to choose a design that the jury agreed on practically unanimously,” said the director of the Museum of Romani Culture, Jana Horváthová. “The winning project was highly appreciated for its sensitive approach to the subject itself and to that of the surrounding landscape where the memorial will be situated, as well as for fulfilling the conditions of the economic suitability of the design.”

The assumed costs for building the memorial are, according to expert estimates, CZK 31.5 million [EUR 1.18 million] during the first phase of realization. The memorial will be financed by multiple sources, with most of the budget covered by the EEA and Norway Grants.

Next steps for the Lety Memorial

Now that the competition is completed, the next phase involves negotiations between the Museum of Romani Culture and the architects which will result in a contract on their collaboration and the creation of the project documentation for the implementation of the design.

The building of the memorial is connected to the demolition of the now-defunct industrial pig farm in that location, which was purchased by the state on the basis of Decree no. 609 of the Government of the Czech Republic on 21 August 2017. Preparations to announce the tender for the demolition work have already begun and the demolition itself will begin in the second half of 2020. The opening of the new memorial to the public is planned for 2023.

The new exhibition and memorial are meant to honor the memory of the Romani and Sinti victims of the Holocaust, to commemorate, educate, inform and spark discussion of both the past and also the present social situation, and to cover the subjects of discrimination against minorities and of human rights. Detailed information about the competition and the background materials for it are available on the competition website in both Czech and English.