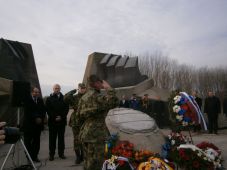 Jabuka, Pan?evo  – State Secretary of the Ministry of Labour, Employment, Veteran and Social Affairs and President of the Council for the Advancement of  Roma and Implementation  of the Decade of Roma Inclusion, Dr Nenad Ivanisevic, attended the central state commemorative and wreath laying ceremony held on 16th December 2014, within the monument complex „Stratište“ in Jabuka village near Pancevo.

The ceremony was organized as part of the program dedicated to the observance of the National Roma WWII Genocide Victims Remembrance Day.

After the wreath laying ceremony, Mayor of the City of Pan?evo, Dr Pavle Radanov, President of the National Council of the Roma National Minority, Mr Vitomir Mihajlovi? and State Secretary Dr Nenad 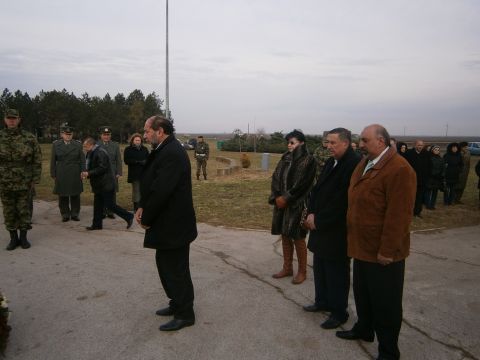 Ivaniševi? addressed the participants of the ceremony.

On the same day, within the killing site of ''Arapova dolina'' in the town of Leskovac, Mayor of the City of Leskovac attended the commemorative and wreath laying ceremony dedicated to the memory of Roma victims killed in December 1941 on that location.

After the ceremony, a special cultural and educational program was organized in the Cultural Centre of Leskovac.

Numerous representatives of the local authorities in Serbia, together with representatives of different educational and cultural institutions and non-governmental organizations, laid wreaths on the WWII killing sites, thus paying respect to all Roma victims of WWII. 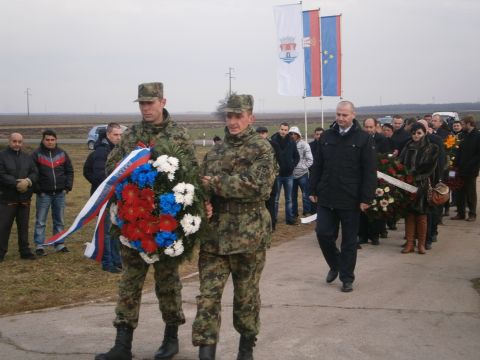 From the Novi Sad Raid to the Liberation of Auschwitz

On 23 January, the international event "From the Novi Sad Raid to the Liberation of Auschwitz - How and Why we remember?", was held at the cultural centre of Novi Sad. The event was co-organized by...

Project for the preservation of Topovske Šupe is launched in Belgrade

The site Topovske Šupe was one of the first concentration camps for Jews and Roma in Europe, located close to the very centre of Belgrade. Today it is abandoned, unknown to the general public, with...

Professional Development for educators from Serbia and Bosnia and Herzegovina

Yad Vashem is currently running a professional development seminar for 30 educators from Serbia and from Bosnia and Herzegovina. In the course of the seminar, Ms. Biljana Stojanovic of the Serbian...