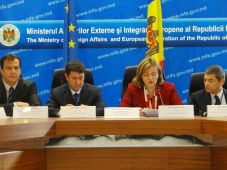 A high-level international conference commemorating the 70th anniversary of the liberation of concentration camps from Auschwitz-Birkenau was held on 29 January in Chisinau.

The conference was organized by the Foreign Ministry in partnership with the Bureau of Interethnic Relations and the Jewish Community of Moldova. The purpose of this event was to support the Moldovan Government and civil society in its efforts to mark 27 January 2015 by sharing relevant experiences from other countries and by jointly developing ideas about educational and remembrance initiatives. It was attended by high-level officials and experts.

The event followed-up on the joint roundtable that was organized by the Ministry of Foreign Affairs, the Buraeu for Interethnic Relations, the OSCE/ODIHR and the IHRA in January 2014. Moldova became an observer to the IHRA in December 2014. 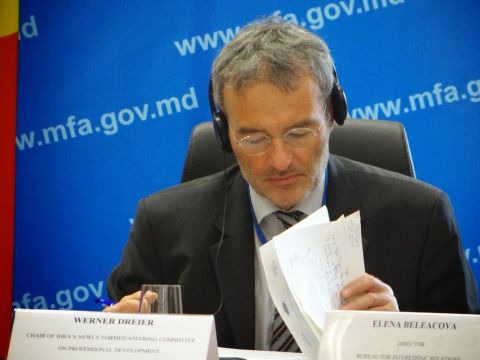 Addressing antisemitism through education in Moldova

The importance of combating antisemitism through education in Moldova was the focus of a roundtable discussion organized by the OSCE Mission to Moldova and the OSCE Office for Democratic Institutions...

&#13; &#13;  On 22 July the Parliament of the Republic of Moldova issued a statement endorsing the Report of the International Commission for the study of the Holocaust presided by Elie Wiesel.&#13; &#13; An...