On 5 November 2021, the Center for Promotion of Tolerance and Holocaust Remembrance in Zagreb installed the first Stolperstein, “stumbling stone,” in memory and remembrance of victims of the genocide of the Roma.

Honoring the victims of the genocide of the Roma

This first Stolperstein honors sixty-nine Roma victims from the Nikolić, Lakatoš, Štefanović, Maleković, Kovačević and Šajnović families, all families of Roma who lived in the Zagreb area and who were deported to the Jasenovac concentration camp in mid-1942.

It reminds us of the individual lives that were cut short by the genocide of the Roma. Mijo Nikolić, for example, lived in the area of the Remete municipality, having purchased land there for residential buildings. Although his year of birth is unknown, available documents show that he was born in Gornji Bukovac, that he was Roman Catholic, that his nationality was Yugoslav, his mother tongue Croatian, and that he had three family members. Together with the small group of Roma living in Remete, he was deported to the Jasenovac concentration camp in mid-1942. 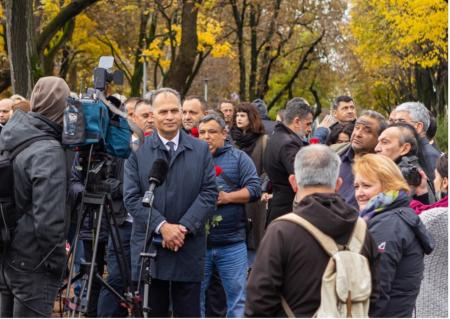 This series of Stolpersteine represent a continuation of cooperation between the Center, the Spuren Stiftung, and the German artist Gunter Demning, the founder of the Stolperstein project, after having laid twenty Stolpersteine beginning in 2019 commemorating victims of the Holocaust and the Ustasha Regime in Zagreb. This was done in close cooperation with the Jewish religious community Bet Israel and the Croatian Ministry of Culture and Media.

The series of Stolpersteine for victims of the Roma genocide were organized in partnership with the Kali Sara Roma Association in the Republic of Croatia. The ceremony for the first of twenty Stolpersteine in this series was held on 5 November 2021 in the Park 5. Studenoga, the Park of 5 November, which is dedicated to Roma and located near one of the Ustasha camps where many died. 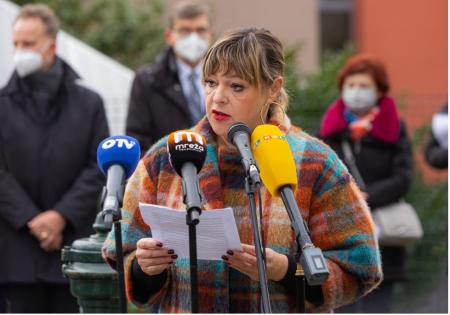 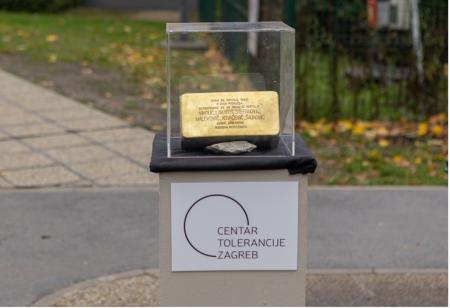 The Centre for Promotion of Tolerance and Preservation of Holocaust Remembrance was established in 2017 in Zagreb. Its founders and managers are the City of Zagreb and the citizens' association called the Zagreb Jewish Film Festival, a former IHRA grant recipient, which brings together institutions, the non-profit and civil sectors, experts and citizens of different social and economic backgrounds and age groups with the aim to promote the development of socially engaged individuals who work to redefine the notion of public interest. Working together with public authorities and the private sector, the Centre works on various projects aiming to combat intolerance, prejudice, discrimination, oppression and violence and to develop a more tolerant society.

Genocide of the Roma
Remembrance
Croatia

Antigypsyism/anti-Roma discrimination continues to impact the daily lives of Roma. In recent months, Roma seeking to flee the violence caused by Russian aggression in Ukraine have not been granted...