Chelsea FC have announced that the club will officially adopt the International Holocaust Remembrance Alliance (IHRA) working definition of antisemitism, becoming the first sports team in the world to do so.

Dr. Kathrin Meyer, IHRA Executive Secretary, said, “Football is such a critical part of communities around the world, bringing hundreds of millions of people together. Given the significance of football, it is vital that clubs like Chelsea, that are a role model for so many, demonstrate their commitment to fighting antisemitism so that football continues to be a source of enjoyment and pride, not exclusion and hatred. We look forward to working with more football clubs and sporting organisations around the world as they join us in our fight against antisemitism.”

Under the leadership of Roman Abramovich, the club launched the ‘Say No to Antisemitism’ campaign in January 2018, which aims to tackle racism and discrimination on the pitch, in the stands and in wider society. Once adopted, Chelsea will ensure stewards and supporters are fully informed of the working definition, its importance and what to do if they witness antisemitism.

Chelsea FC Chairman Bruce Buck said, “There is still a long way to go, but the fight against antisemitism is one that we believe is necessary. There can be no place in our game or our societies for antisemitism or any form of discrimination and we are proud to encourage those around us to join this vital cause.” 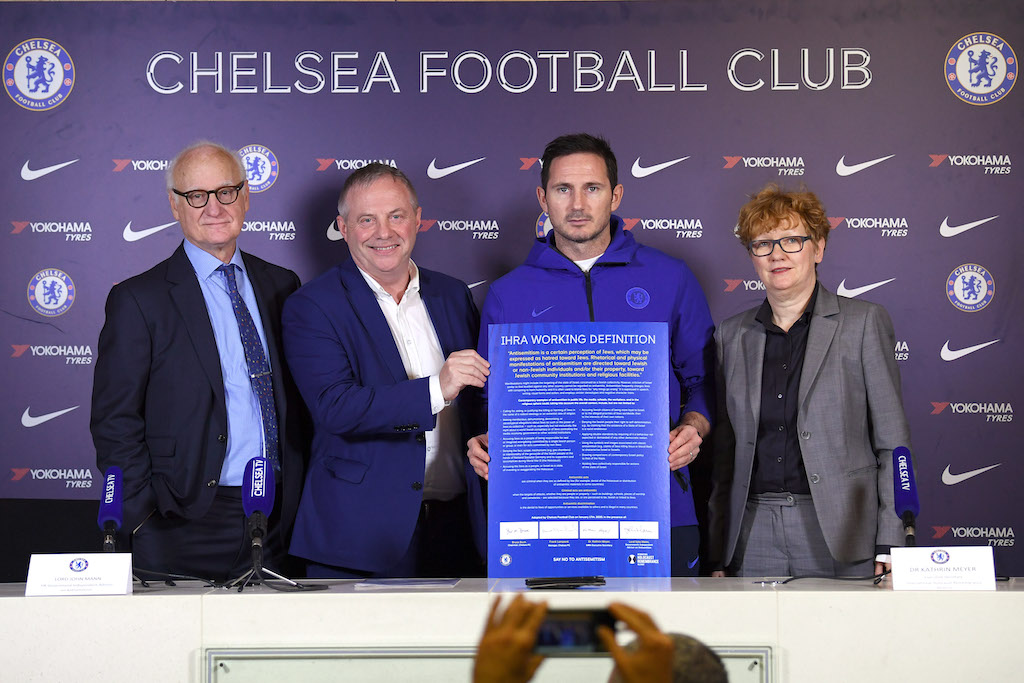 This article is part of our series looking back at one year of implementation of the pledges made at the Malmö International Forum, Remember ReAct.&#13; &#13; &#13; By: Ambassador Ann Bernes, Chair of the...

This article is part of our series looking back at one year of implementation of the pledges made at the Malmö International Forum, Remember ReAct. &#13; &#13; &#13; The international conference “Fighting...

Empowering teachers to address antisemitism in the classroom

This article is part of our series looking back at one year of implementation of the pledges made at the Malmö International Forum, Remember ReAct. &#13; &#13; &#13; “Most teachers don’t ask to deal with the...