In 1944, following intense pressure, representatives of the Danish Red Cross were invited to inspect the living conditions in the Theresienstadt concentration camp-ghetto. In preparation for the visit, the Nazi SS set out to “beautify” the camp.

This meant that SS authorities would intensify deportations of Jews from the ghetto to alleviate overcrowding, and deported 7,503 people to Auschwitz between 16–18 May 1944. Prisoners were forced to plant gardens, paint housing complexes, renovate barracks, and develop and practice cultural programs for the entertainment of the visiting dignitaries to portray an atmosphere of normality. The Red Cross delegation was taken in and completely fooled by the elaborate hoax.

One of the cultural programs prisoners were forced to perform was the children's opera Brundibár, written in 1938 by Czech Jewish composer Hans Krása and librettist Adolf Hofmeister. Once the visit was over, SS officials filmed a propaganda film also featuring the opera. Almost all the participants were deported to Auschwitz.

Today, the importance of the opera and its message remain. The piece speaks out against every form of tyranny and genocide through the story of children who experienced unimaginable crimes. “Let’s all sing now, we are stronger than anything,” the piece concludes. 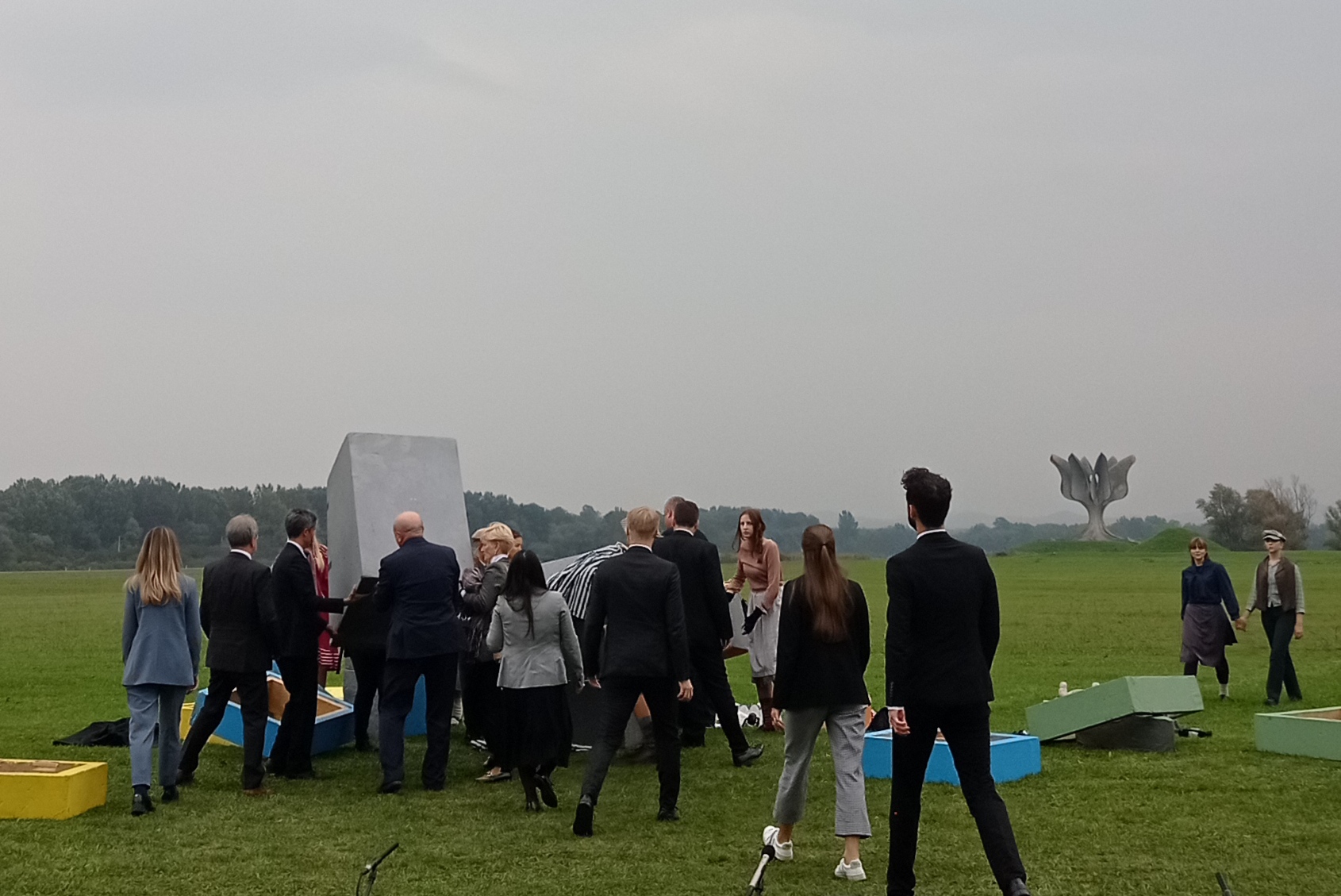 The opera is shown still today. On Wednesday, 12 October, Brundibár was performed at the Jasenovac Memorial Site. The production was organized by the Centre for Promotion of Tolerance and Holocaust Remembrance with the financial support of the US Embassy and the German Embassy in Croatia, together with the Ministry of Culture and Media, and the Ministry of Science and Education of the Republic of Croatia and the City of Zagreb.

The Croatian version of the opera was directed by Krešimir Dolenčić and premiered in Croatia on 27 January 2018, International Holocaust Remembrance Day. Since then, it has been performed several times in various locations.

The opera concluded with the representatives of the embassies of Germany and the US, the Israeli ambassador, the organizers, and the children onstage dismantling the set representing the camp together, sending a clear educational message of unity and strength to the audience.

The two performances were attended by about 400 schoolchildren, who, along with attending the opera, visited the museum at Jasenovac and the Roma Memorial Center Uštica nearby.

This article is part of our series looking back at one year of implementation of the pledges made at the Malmö International Forum, Remember ReAct.&#13; &#13; &#13; By: Ambassador Ann Bernes, Chair of the...