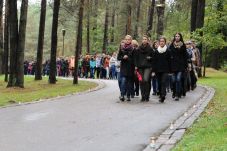 The Secretariat of the International Commission for the Evaluation of the Crimes of the Nazi and Soviet Occupation Regimes in Lithuania invited schools and other educational institutions to mark the 23 September – the Memorial Day for the Genocide of the Lithuanian Jews.

This year the school communities participated in the initiative - to walk together to the Jewish massacre sites, of which there are over 200 in Lithuania. “Memory Road”, a civic initiative, aims to commemorate the numerous Jewish communities which formerly lived in Lithuanian cities and towns and which were exterminated during the Holocaust. The students carry stones bearing the names of Jews who lived in their community. 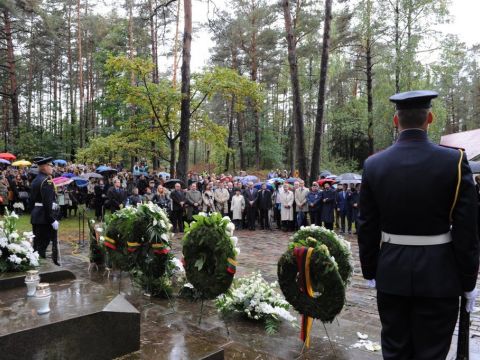 Students and teachers were encouraged to prepare for the event by researching the history of the Jewish communities of Lithuania and by engaging in discussions with the wider community. This year more than 200 schools took part in the event. The main official event took place in Vilnius at the Holocaust Memorial. There were more than 400 students and teachers from Vilnius, Kaunas, Varena, Kupiskis and Vabalninkas schools in attendance.  In other cities and towns, teachers organised commemorations in schools. 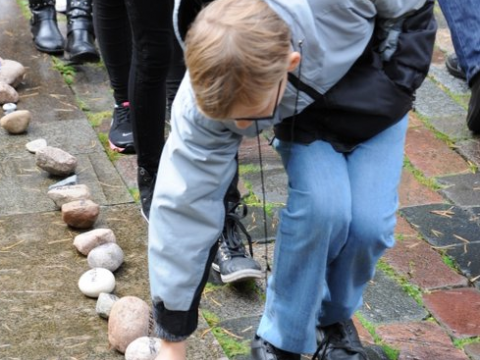 In 1994, the 23 September was declared National Memorial Day for the Genocide Victims of the Lithuanian Jews to commemorate the anniversary of the liquidation of the Vilnius Ghetto. The International Commission has been organising the commemoration of this date for over a decade.

A short video of the commemoration of 23 September in the small town of Viesintai can be viewed here.

&#13; &#13; On 22 and 23 March 2017, the International Holocaust Remembrance Alliance is holding a conference entitled “As Mass Murder Began: Identifying and Remembering the Killing Sites of Summer-Fall 1941”...

On 22 and 23 March 2017, the International Holocaust Remembrance Alliance is holding a conference entitled “As Mass Murder Began: Identifying and Remembering the Killing Sites of Summer-Fall 1941” at...