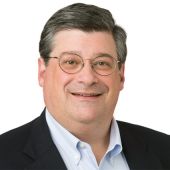 On 4 November, IHRA was pleased to welcome Owen Pell, a Member of the Board of the Auschwitz Institute for Peace and Reconciliation(AIPR), to present the Latin American Network for Genocide and Mass Atrocities Prevention to IHRA delegates.

During his address, Mr Pell stated “after the events in Rwanda, Srebrenica and Kosovo…. Secretary General Kofi Annan was moved to ask ‘how should we respond to gross and systematic violations of human rights that affect every precept of our common human dignity.’ The founding of the IHRA reminds us that one response to Kofi Annan’s question is to use these humanitarian tragedies to learn where and how the conduct of States must change and grow if we are to address effectively the scourge of genocide and mass atrocity crimes that have plagued the pursuit of human dignity since time immemorial.”

The Latin American Network was founded in 2012 by 18 nations. Each nation commits itself to a two-week training curriculum with AIPR; the first week of training takes place in the former Nazi concentration and extermination camp Auschwitz-Birkenau. Consistent with the work of the IHRA, the AIPR employs the Holocaust as a teaching tool in forward-looking genocide prevention. The initial focus of training is the process of genocide followed by an introduction to the preventive measures states can take in response to the warning signs of genocide.

Mr Pell is a Partner at White & Case and has been involved with the AIPR since 2005. According to Mr. Pell, he is dedicated to the work of AIPR because his legal practice exposed him to “the processes that continue to cause genocide to occur around the world, and because the law, by itself, cannot prevent genocide and mass atrocity, highlighting the need for other approaches to interrupt the cycles that lead to genocide.”

The full text of Owen Pell’s address can be read here.

On 28 January, 2019, IHRA Chair, Ambassador Sandro De Bernardin, delivered a statement at the annual observance of the International Day of Commemoration in memory of the victims of the Holocaust in...

On 6 December 2017, the Swiss Embassy to the United States will hold a panel discussion entitled "Holocaust Education, Youth and Social Media" within the framework of the Swiss Chairmanship of the...

From 14 - 18 October a conference entitled "Memory Building: Engaging Society in Self-Reflective Museums'' will be held in Cincinnati, Ohio. The conference is a joint endeavour between the Internation...