In Slovakia, there is established a national Holocaust memorial day, which we commemorate on 9 September as “the Memorial Day for Victims of the Holocaust and of Racial Violence”. On 9 September 1941, the Slovak State of that time passed repressive laws, the so-called Jewish Codex, with which the process of Jewish deportations was initialized and which resulted in the killings of over 70 000 Slovak Jews. Commemorative ceremonies are held on the highest level. Nevertheless, the 27 January is also remembered in Slovakia with several events.

Holocaust Museum in Sered (Slovak National Museum - Museum of the Jewish Culture) together with Faculty of Arts of the Pavol Jozef Safarik University in Kosice and association Ester organise a screening of the four short film documentaries "Seredske svedectva" (Sered Testimonies). 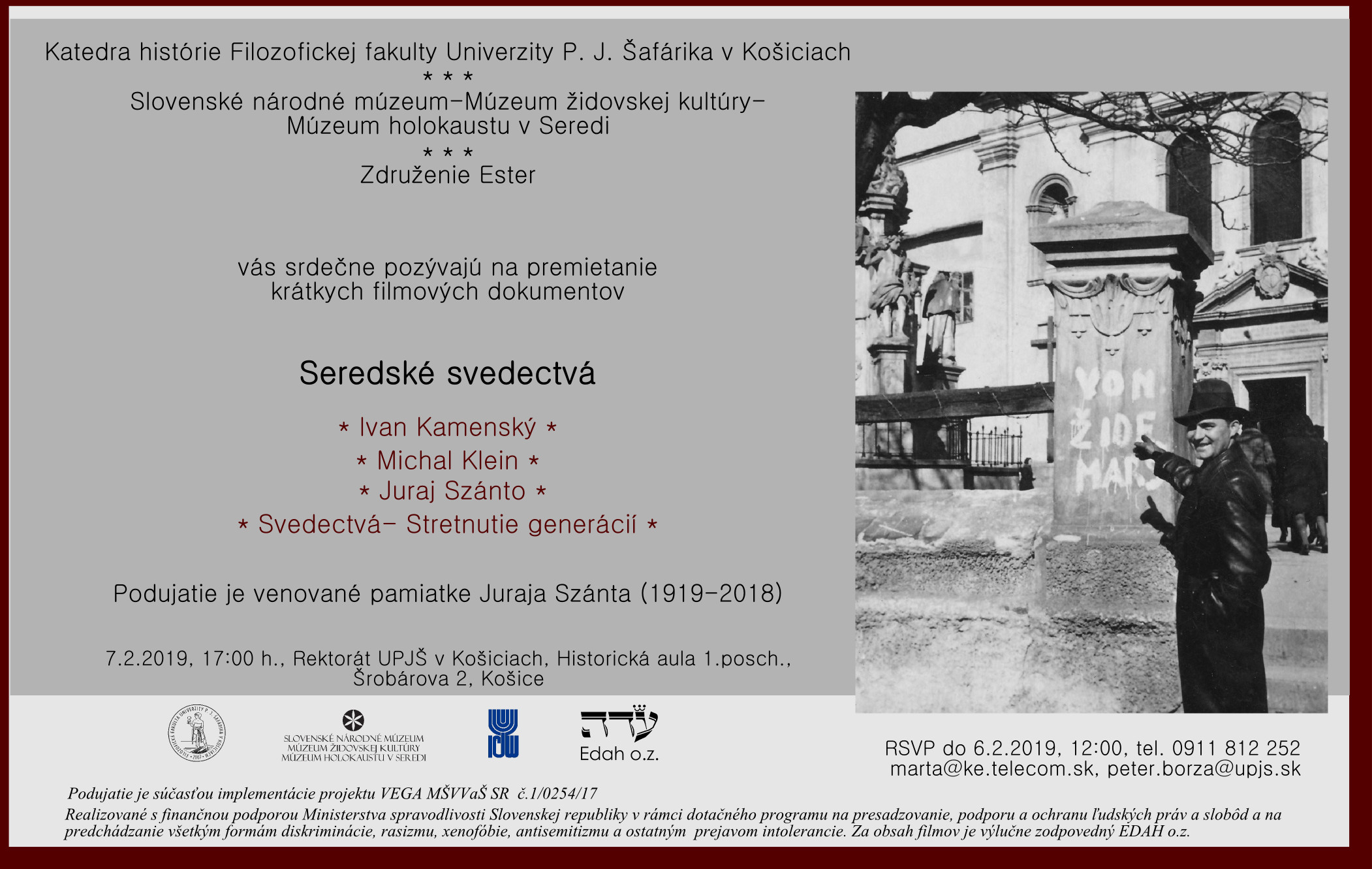