Official Holocaust Remembrance Day Event in the Senate of Spain

Wednesday 27th, the Senate of Spain holds for the 10th year the official state act for the Day of Remembrance of the Victims of the Holocaust and the Prevention of Crimes Against Humanity. The event is chaired by the President of the Senate, Pilar Llop. Official speeches are given by Deputy Prime Minister of Spain, María del Carmen Calvo and the President of the Federation of Jewish Communities of Spain, Isaac Benzaquén. Moreover, the President of the Roma Community and the Vicepresident of the Amical Mauthausen give speeches in the memory of the Roma and the Spanish deportees respectively. The most emotive moment of the event is the lightening of the six candles with participation of Holocaust survivors and descendants of Spanish Righteous Among the Nations. The Head of the Spanish Delegation to the IHRA, Miguel de Lucas, acts as master of ceremonies.

Photo caption: Photo of the commemoration event in 2020 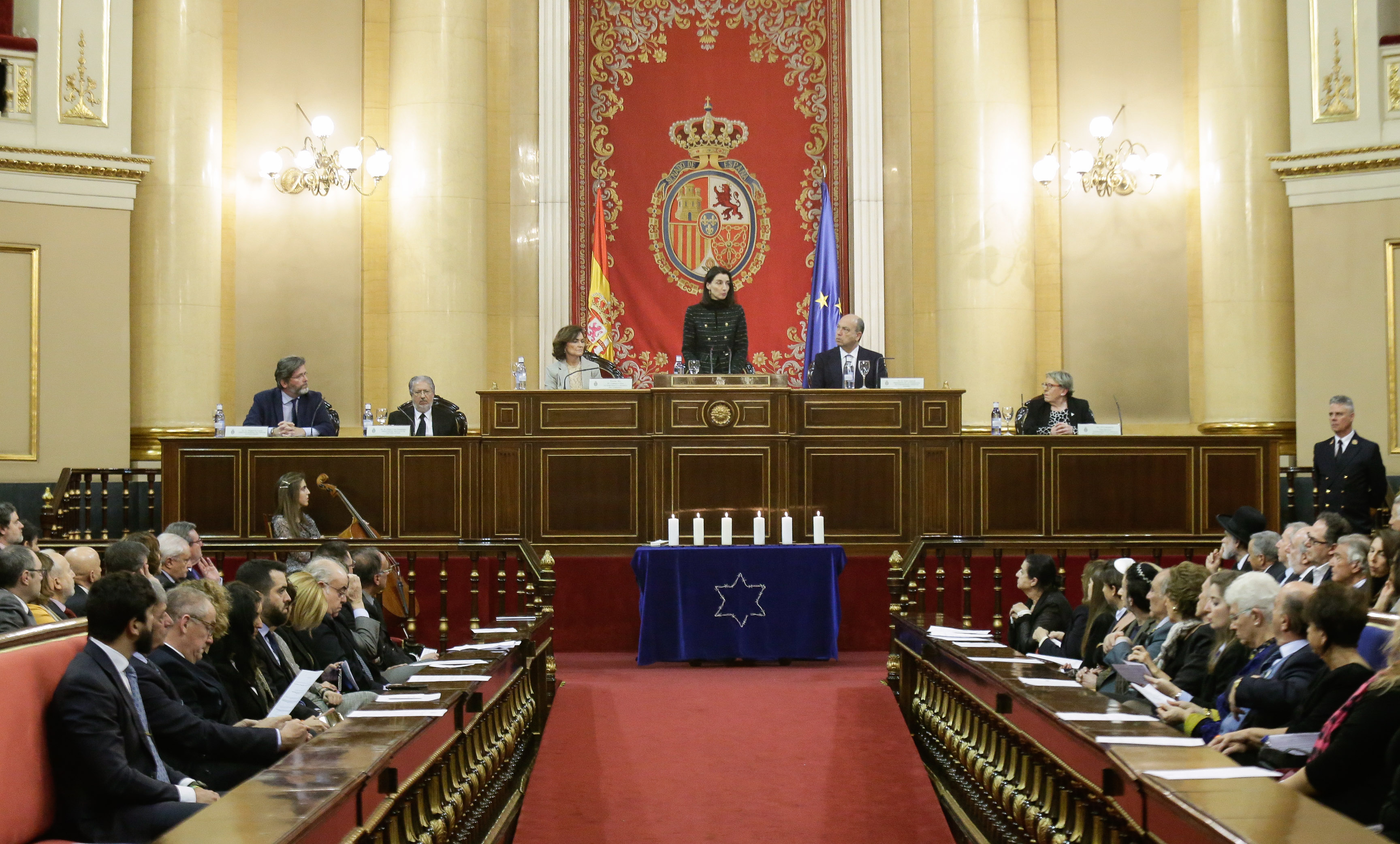