In Thessaloniki the spectacular illumination of the 34meter-high White Tower, landmark of the city, marked the tragic anniversary with the projection of the photo of the yellow Star of David, the striped uniform of the Auschwitz inmates and the WJC #We Remember logo, on the walls of the Tower on January 26 and 27, 2021. The event, organized by the Regional Government of Central Macedonia and the Jewish Community of Thessaloniki, along with a wreath laying ceremony at the Holocaust Monument and speeches by the local authorities, is available through the You Tube channel of the Jewish Community of Thessaloniki.

The agenda in Thessaloniki includes the streaming of a special Holocaust feature, with messages of the Prime Minister Kyriakos Mitsotakis – from his visit to Auschwitz in 2020 – the deputy PM Panagiotis Pikrammenos and other prominent figures. It also includes: the virtual streaming of the theatrical play “The lost innocence of Anne Frank” by the theatrical group of the Jewish Community of Thessaloniki “Entremosotros” (in Greek without subtitles) and the streaming of the 55th Dimitria Festival production “Forget me not…”, a dramatized narration of excerpts from Leon Saltiel’s book by the President of the Hellenic Republic Katerina Sakellaropoulou. 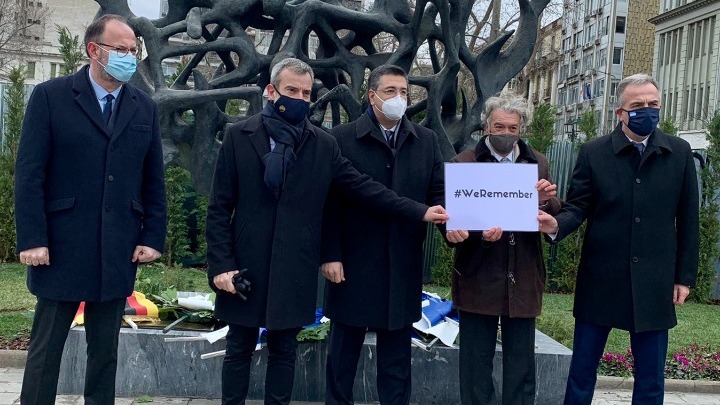 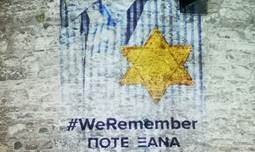