Every year, the Maison d'Izieu commemorates the International Day for the Remembrance of the Holocaust.

This highly symbolic date corresponds to the anniversary of the liberation of the Auschwitz-Birkenau camp on 27 January 1945. 76 years later, we remember those who perished in the death camps, including 42 children from the colony, of whom Lea Feldlum, an educator at the colony, was the only one to return.

Due to the health crisis and government directives, the ceremony originally planned for the memorial will not take place. It will be commemorated remotely with our European partners and all the memorials around the world.

Visit the Maison d'Izieu website and social networks on Thursday 27 January at 11am. 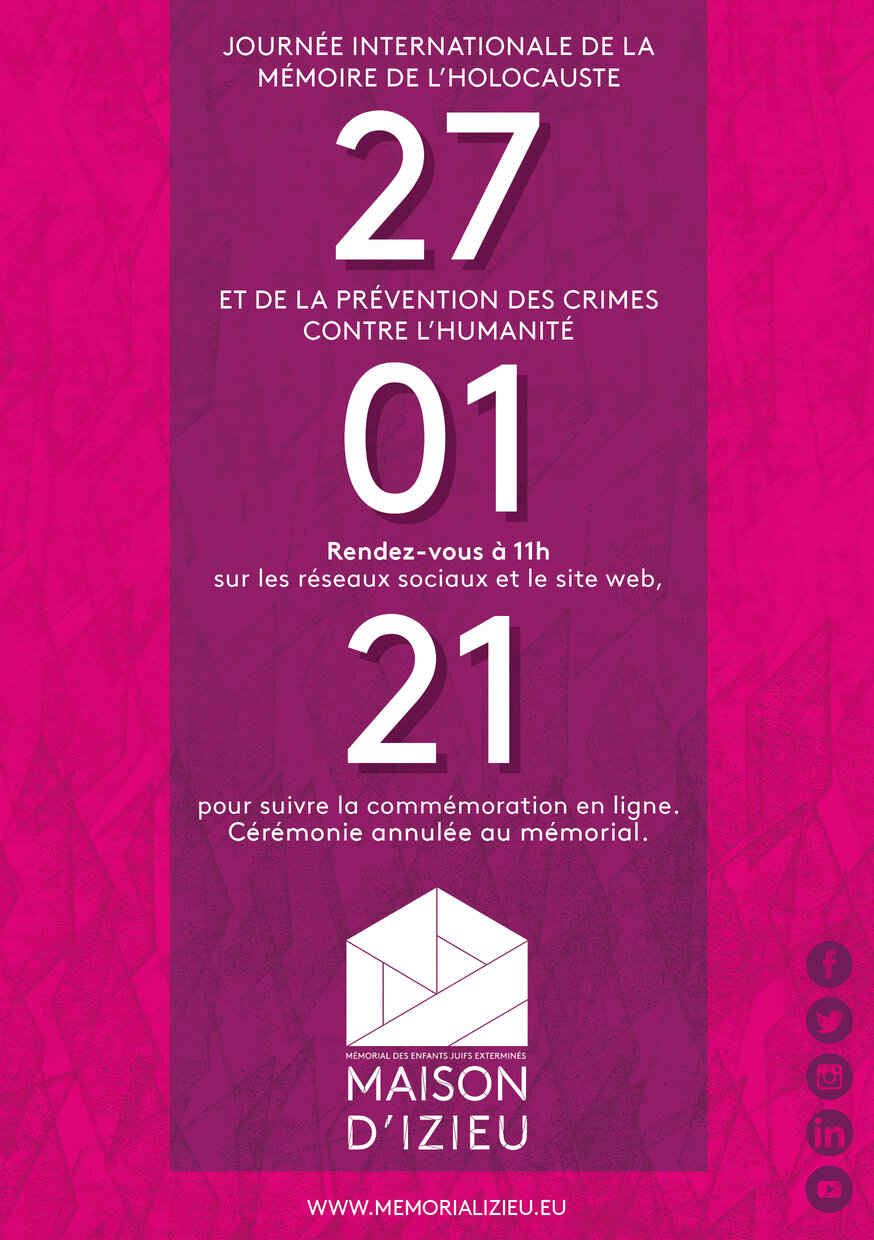