Through photographs and diary extracts, this exhibition tells the story of Ruth Maier. Born in Vienna in 1920, Ruth began keeping a diary when she turned 13. She recorded her everyday life, and the increasing persecution of Jews after the “Anschluss” of 1938. Ruth witnessed the violent antisemitism of the November Pogrom, 1938. Forced to flee Austria, Ruth found refuge in Norway. In Norway she completed her schooling and revealed her talents in drawing, painting and writing.  She shared her thoughts about life in occupied Norway, her love and poetry in her diaries but now she wrote in her new language, Norwegian. However, she could not escape antisemitism or the reach of the Nazis. In 1942 Ruth was arrested in front of her friends and deported from Nazi-occupied Norway to Auschwitz Birkenau German Nazi Concentration and Extermination Camp (1940-1945). The Nazis murdered Ruth on 1 December 1942. Since 2014 Ruth Maier’s diaries have been part of the UNESCO Memory of the World Register, secured at The Norwegian Center for Holocaust and Minority Studies. The exhibition is jointly sponsored by the Permanent Missions of Austria and Norway to the United Nations. The exhibition will be on view until 26 February 2019.

Photo: Ruth Maier‘s diaries from September 1937 to December 1937, and January 1942 to November 1942.​ Credit: The Norwegian Center for Holocaust and Minority Studies, Oslo 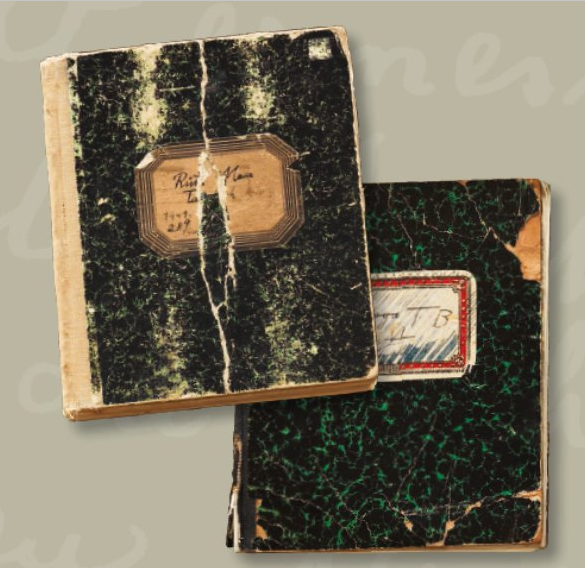