On the occasion of the International Holocaust Remembrance Day a moment of silence was held for the victims of Holocaust during the session of the Croatian Parliament, held on 25 January. President of the Parliament Goran Jandroković delivered a commemorative speech, accentuating, among others, the importance of tolerance and struggle against intolerance, hatred, racism, xenophobia and denial. On the same day official delegation of the Croatian Parliament laid wreaths at the bottom of the Monument of Moses at the City Cemetery of Zagreb (Mirogoj), headed by Gordan Jandroković, with participation of the President of Republic Kolinda Grabar-Kitarović, the Ambassador of the State of Israel Ilar Mor, and representatives of Jewish communities, Aleksandar Srećković and Ognjen Kraus. 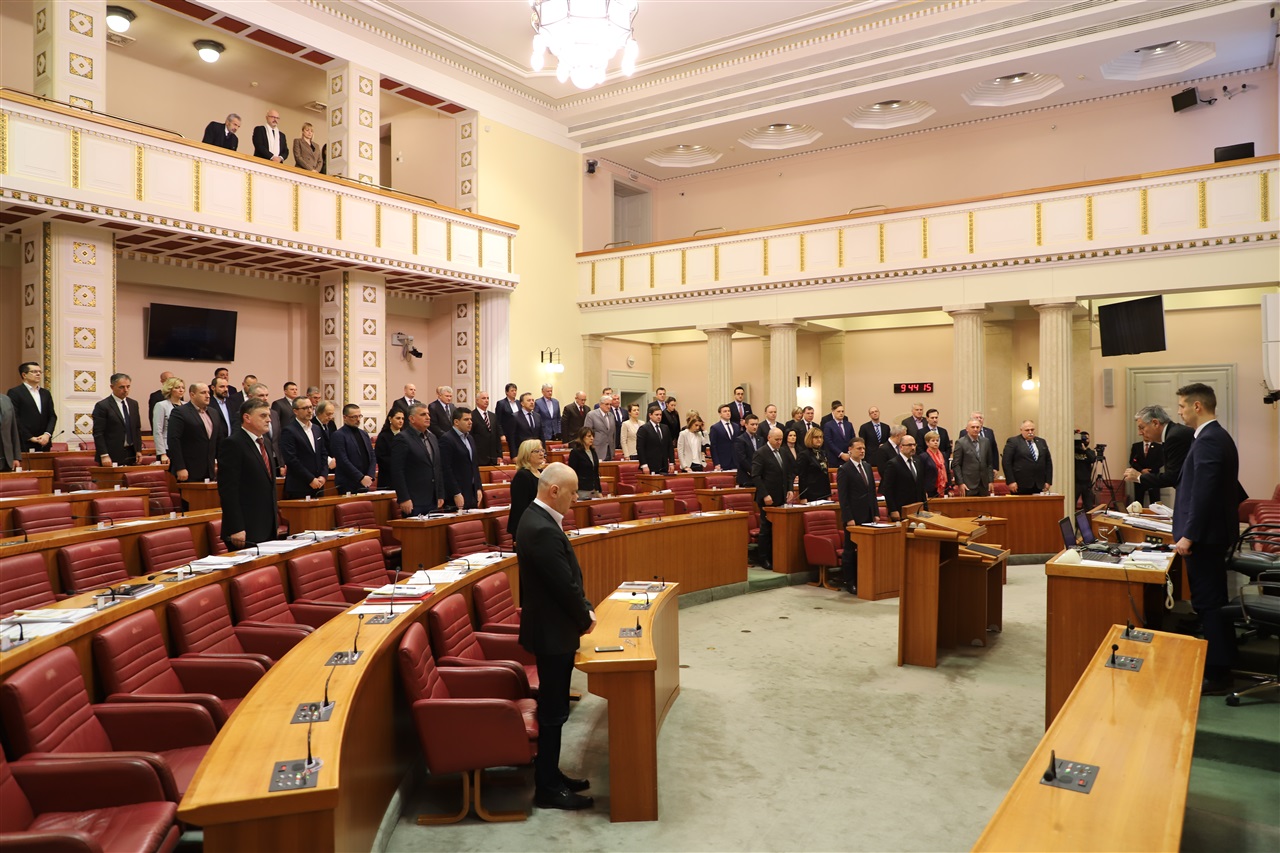