Anette Cabelli Testimony: “Yo sobreviví a Auschwitz” (“I survived Auschwitz”)

Centro Sefarad-Israel, the Jewish Community of Madrid, and Madrid’s City Council offered the Testimony of Anette Cabelli, Auschwitz survivor, at the Palacio Cibeles of Madrid on January 31.

Anette Cabelli was born in the Sephardi community of Salonica (also known as Thessaloniki) on April 25, 1925. When she 17 years old, she was deported to Auschwitz with her mother, who was immediately assassinated in a gas chamber. After two years and two months under the most severe conditions, she survived the death march from Auschwitz to Ravensbrück concentration camp, and once there, to Malchow.

This activity, from the Holocaust Memorial Month, had a free entrance with previous reservation in the Centro Sefarad- Israel website. 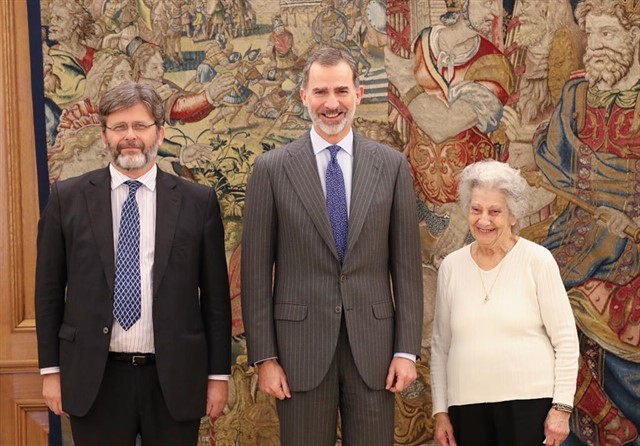