Holocaust, Genocide and Crimes against Humanity

“With humanity still scarred by genocide, ethnic cleansing, racism, antisemitism and xenophobia, the international community shares a solemn responsibility to fight those evils.”
– Article 3 of the Stockholm Declaration

The Holocaust is eminently relevant to the present day. A well-informed understanding of the Holocaust, the paradigmatic genocide, can help in comprehending and addressing other cases of genocides, mass atrocities, and human rights violations. The IHRA established the Committee on the Holocaust, Genocide and Crimes Against Humanity to develop and share good practices on how to sensitively reflect and discuss the Holocaust and other cases of genocides without diminishing their respective differences in an educational and research environment.

IHRA’s core competencies in education, remembrance and research about the Holocaust can inform and guide educators, scholars and activists responding to emerging mass atrocity crimes today. In turn, Holocaust education, remembrance and research can benefit and learn through continuous dialogue with educators, scholars and activists working on other cases of genocides, offering new perspectives and highlighting areas of similarity and difference.

To date, the committee has produced pedagogical guidance for educators; a publication comprising an overview of programs provided by 120 organizations worldwide that deal with the Holocaust in comparison to other mass atrocities; and its most recent report, entitled History Never Repeats itself, but Sometimes it Rhymes: comparing the Holocaust to different Atrocities, which aims to explore what we mean by “compare” when we relate the Holocaust to another genocide.

The current Chair of IHRA’s Committee on the Holocaust, Genocide and Crimes against Humanity is Bruno Boyer (France).

Holocaust, Genocide and Crimes against Humanity
IHRA Chair speaking in front of the "Wall of Portaits" at Kazerne Dossin. IHRA

|
View All Holocaust, Genocide and Crimes against Humanity News

On 27 September 2018, the Ministry of Foreign Affairs of Romania hosted an event to mark the official launch of the Romanian National Expert Network on Genocide Prevention and Multidisciplinary... 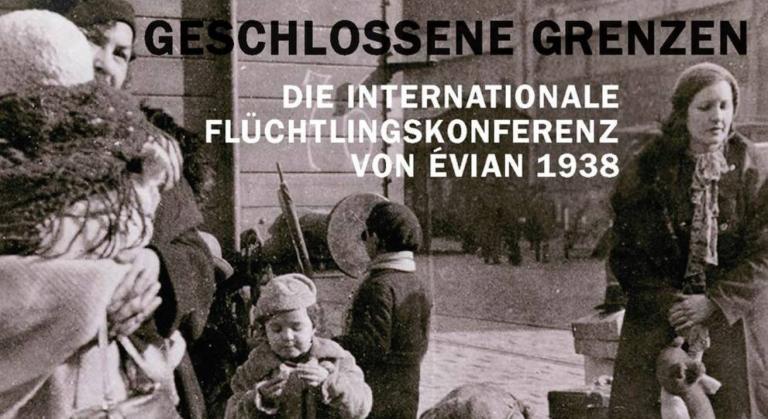 Exhibition and Symposium on the Èvian Conference

The Memorial to the German Resistance and the Center for Research on Antisemitism at the Technical University of Berlin has a special exhibition called “Closed Border. The 1938 international refugee...