New media series about Roma identity and the Porajmos / Samudaripen 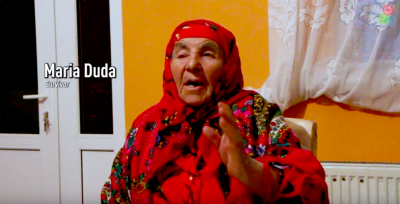 Tajsa.eu is a web-based collection of video and audio podcasts, as well as educational resources, about the Genocide of the Roma in the World War II, also known as Porajmos, and its causes and consequences. It aims to encourage debate to further identity building and self-empowerment of the Roma communities in Europe. This new-media series is produced in 12 regions in Europe and is a project produced by Radio La Benevolencija HTF and partners.

This project aimed to produce 20 programs broadcasted monthly that focused on presenting the historical facts, sharing the narratives and the Porajmos related experiences. Each program is composed of audio and video podcasts, and additional educational materials and tools in both Romani, English, and the local-majority language. Preparatory investigation includes significant local events for the targeted Roma communities, including the collection of statements and facts from survivors, witnesses and experts.

The information is presented in a coherent and accessible new-media based format. The aim was to stimulate the commemoration of the victims and to provide a better understanding of the genocide of the Roma which also could have helped to build a common identity among various Roma communities and contribute to their empowerment.

This media series built upon an earlier project in 2014, when the IHRA funded the development of a concept for a broadcasting program on the genocide of the Roma that focuses on raising awareness of the Porajmos among Roma communities and journalists from different regions.

Read more about the project here.