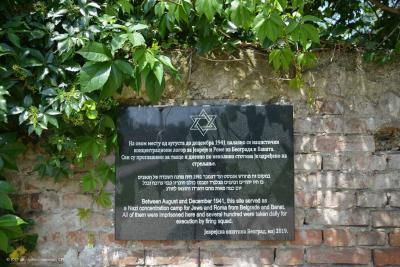 This scientific research project has developed a permanent record of the Topovske Supe concentration camp. The project team accomplished this  by mapping, collecting archival and other documentation, testimonies, and producing a inmates’ database. Documents came from the Archive of Yugoslavia, the Historical Archives of Belgrade, the Military Archive of the Republic of Serbia, the Museum of Belgrade, the German Military Archives and the digital archive of the Yad Vashem. The team conducted interviews with the descendants of the victims, as well as historians and policy makers. The development of a project website made this information  accessible, and via a public campaign that included a promo video and social networks, awareness was raised in Serbia and abroad of the camp.

The project has also succeeded in building a strong network of Jewish and Roma representatives, state representatives, decision makers, academics, institutions and other relevant actors, ready to act and support the international public campaign for the preservation of the Topovske Supe camp.

All project activities and results can be found in detail on the project’s website.