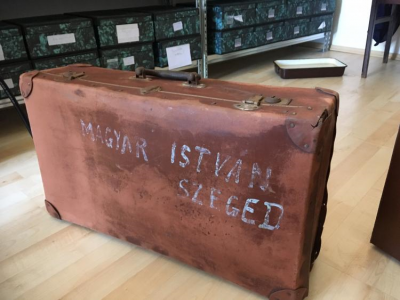 Using modern, interactive, and crowdsourced technology, the Foundation for the Szeged Synagogue will create an online memorial that will also function as a “living archive,” featuring images, links, videos, and documents. The site will commemorate over 10,500 persons deported to concentration camps through Szeged during the Holocaust, with a personal profile. The monument will serve also to provide a multilayered view of the Jewish community of the Szeged (Hungary) and Bačka (Serbia) regions before and during the period of the Second World War (1939-1945). A living archive, it will invite family members, friends, historians, editors and visitors to share and document their memories and stories, ensuring that the Jews who were murdered during the Holocaust will be remembered.