DEMPOL - Democratic Policing and the Holocaust 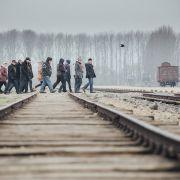 Can lessons from the past be integrated into the work being done in the present? This project consists of a bi-national training program for high level police officers in Germany and Poland. The program focused on the role of the police during the Holocaust, in particular on Jewish victims but also on Roma and other groups, and today’s challenges on combatting hate crimes, in order to incorporate an understanding of the causes and mechanisms of the Holocaust into their professional training.

The main target groups were high level German and Polish active police officers and trainers/multipliers for police staff. The two iterations of the seminar targeted 30 participants and took place at the House of the Wannsee Conference in Berlin and the Auschwitz Jewish Center/Auschwitz-Birkenau State Memorial in Oswiecim.