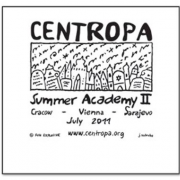 This project aimed to bring decision makers to summer academies in Krakow, Vienna, and Sarajevo. Workshops at the academy were held with teachers, museum educators, political staffers, and curriculum writers. Jewish sites were visited, films shown, and discussions were held on how to best promote HMDs and public discourse at large. The main goal was to sensitize ministry officials, educational heads, and journalists to Jewish history in order to combat antisemitism and Holocaust denial.

You can read about the latest Centropa Summer Academy in 2017 here.