Reflections on a Chairmanship

In March 2016 I took on the role of Chair of the International Holocaust Remembrance Alliance. This role has been both a great honor and a great challenge. Throughout my chairmanship I was delighted to have contributed to the adoption of a working definition of antisemitism, to have worked towards the protection and preservation of sites such as Lety in the Czech Republic and Staro Samijste in Serbia and to have held a timely conference on refugee policies from the 1930s to the present day together with the Holy See.

We should celebrate these IHRA achievements but we cannot forget that they occur against the backdrop of rising populist rhetoric, antisemitism, and increasing hate speech. You know, as I do, that we have done a great deal as an organization, but that there is much more to do. At the same time, we cannot tackle all the evils in the world. But what we are doing should have an impact, should inspire action.

This for me is the rationale for launching the work towards a clear IHRA strategy which defines our mandate, our mission, and our goals. Let us focus our efforts where we can have the biggest impact. Let us work efficiently, and with clear objectives.

I take this opportunity to thank all IHRA delegates for their support over the last year. I know that I leave the organization in good hands with Ambassador Bättig of Switzerland and look forward to watching the organization go from strength to strength. 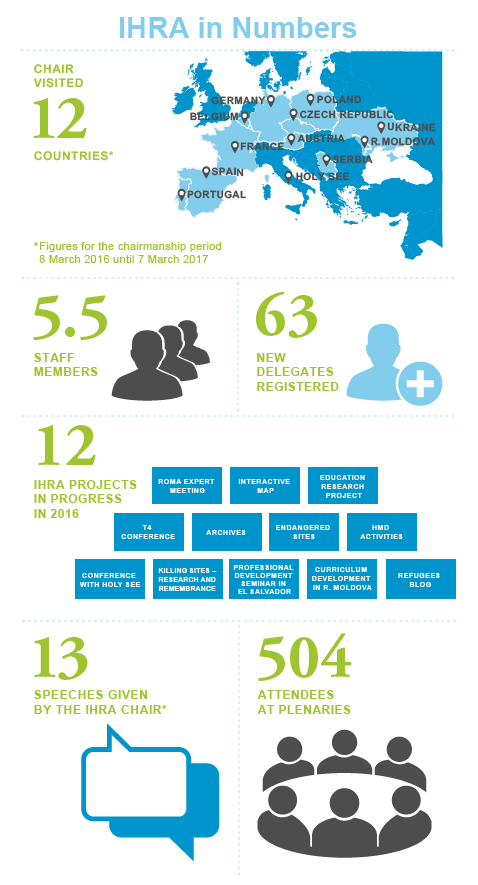 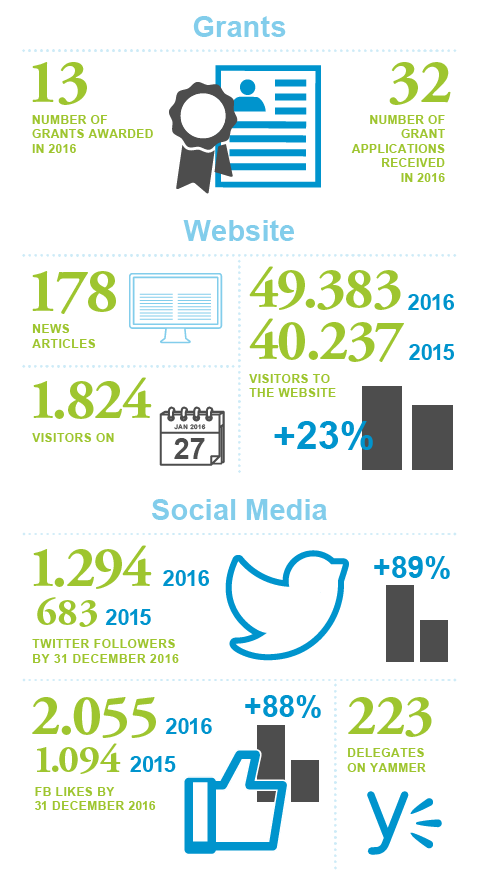 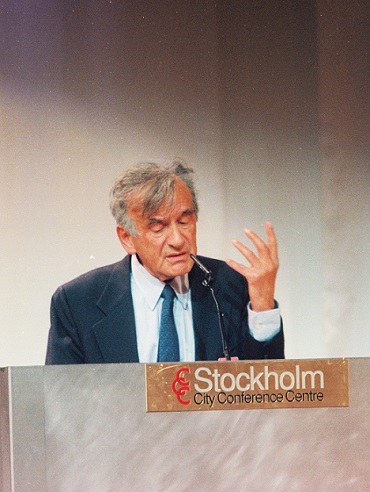 Elie Wiesel attended the first Stockholm Forum on the Holocaust in the year 2000 as then Honorary Chairman. At the ceremonial opening of the Forum, Wiesel addressed high-ranking political leaders and officials from more than forty-six countries, commending the enthusiastic responses of governments but making clear that the meeting in Stockholm was only the beginning: “Beginnings need to have their own future. In other words our beginning requires a worthy continuation. You have done so much already. It is only natural for us to expect more.”

The IHRA Chair expressed great sadness at the loss of Elie Wiesel, stating “He was a tireless and respected campaigner for freedom and human rights, a promoter of understanding and dialogue among people. May his memory be blessed and always be remembered.”

IHRA Conference on the connection between the murder of people with disabilities and the Holocaust to be held in Bern, 26 November 2017

Publication of conference papers from the conference in cooperation with the Holy See “Refugee Policies from 1933 until Today: Challenges and Responsibilities”