As part of Jewish Heritage Month in Ontario, the Sarah and Chaim Neuberger Holocaust Education Centre partnered with the Jewish Welcome Service Vienna,  Österreichischer Auslandsdienst and UJA’s Community Connect to offer a Jewish heritage experience for 16 young professionals from Toronto from 18-28 May 2014. 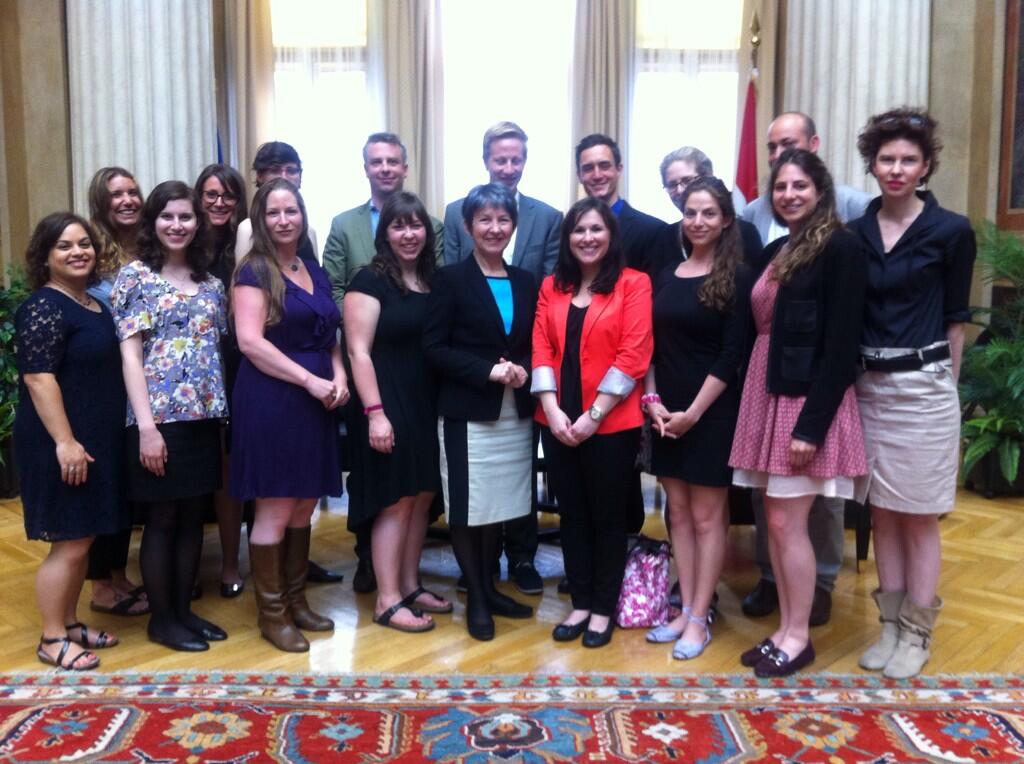 The group discovered cultural, historical and contemporary aspects of Jewish life in Vienna.

Participants also toured Lern- und Gedenkort Schloss Hartheim (Castle Hartheim), one of six sites of the Nazi “euthanasia” program. Under the guidance of Hartheim’s educational team, participants engaged in historical learning as well as the relationship between the present and the past. The group was also given a guided tour of the former Nazi concentration camp of Mauthausen.

In Vienna, the group learnt about Austria’s remembrance and educational activities through dialogue sessions with representatives from a variety of Austrian organizations.  Highlights included programs with Mag. Hannah Lessing, Secretary General of the Austrian National Fund, Dr. Gerhard Baumgartner, Director of the Documentation Centre of Austrian Resistance (DÖW), and Barbara Prammer, President of the National Council of Austria. 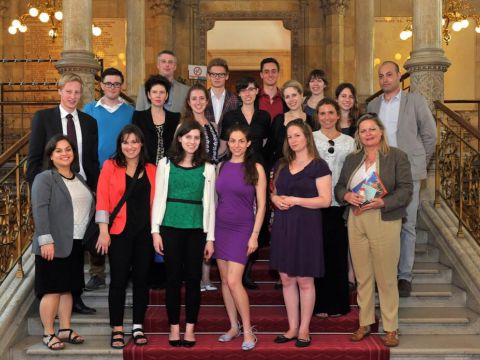 In addition to learning about the past, participants engaged in the diversity of Jewish life in contemporary Vienna meeting with representatives of K Space Vienna,and the Lauder Business School. Austria’s national television channel ORF followed the group on some of their site seeing expeditions, and interviewed them for a television segment. Since returning to Canada, participants have remarked on the incredible learning opportunity afforded to them by this program.

The official program guide for the Neuberger Holocaust Education Week 2017 is now available online and in print version. Now in its 37th year, the program is organized by the Sarah and Chaim Neuberger...

On 23 April Ambassador Artur Wilczynski, Head of Canada's Delegation to the International Holocaust Remembrance Alliance, participated in a Megillat Hashoah (The Shoah Scroll) service in Winnipeg....